Just south of the hamlet of North Brookfield is the site where Jim Moore’s farm once stood. Maurice Hindus, a Russian born world traveler, author and lecturer, once worked and lived here as a young man.

Maurice Hindus was born in Russia on February 27, 1891 to a very poor family. Like many others, Hindus and his family immigrated to America in search of a better life when Hindus was 14 years old (The Brookfield Courier, 10 Apr 1940). He attended Stuyvesant High School in Brooklyn while working odd jobs to help support his family. Hindus hated New York City and wished for fresh air and land. When he came across an advertisement that read: “Farmhand Wanted Upstate, $15 a month and good home,” he knew he had to apply (Green Worlds, Maurice Hindus, 1938). At the age of 17, Hindus left his family behind and headed over 200 miles north. The farm was located in North Brookfield, New York and owned by a man named Jim Moore. Hindus lacked experience as a farmhand but was quoted in the February 11, 1965 edition of The Brookfield Courier, as saying that he even though he was often alone with his tasks on the farm, he found himself “among the friendliest, kindest people” he had ever known. While working on the farm attended North Brookfield High School. After graduation, he continued his academic career at nearby Colgate University where he earned a degree in literature in 1915. He continued his academic pursuits at Harvard University where he studied writing and literature (The Brookfield Courier, 10 Apr 1940).

Following his education, Hindus combined his love for writing and his Russian origins to spend the majority of his life interpreting Soviet affairs to a Western audience. In 1932, he began working for the Century Magazine and he wrote a series of articles about Russia and the Russian people after a visit to his hometown (The Brookfield Courier, 11 Feb 1965). During 1940, he returned to North Brookfield and spoke at his old high school during commencement. At this time he also spoke to the public about the conditions of different countries such as Russia and Palestine. Hindus even gave the convocation at his alma mater, Colgate. From 1942 to the end of World War II according to the July 17, 1969 article in The Waterville Times, he was the war correspondent for the New York Herald Tribune. In June of 1957, he married Frances McClernan in New Jersey (New Jersey Marriage Index, National Archives).

Throughout his lifetime, Hindus published 20 works influenced by his Russian origins and his life in America. His first novel, The Russian Peasant and the Revolution was published in 1920. In 1938, he wrote Green Worlds: An Informal Chronicle, which was considered “a fragment of autobiography” (Saturday Review, 2 Sep 1938). According to the Saturday Review, Hindus “tells us of his native village in Russia, emigration of his family to the United States, his first incredible days in New York, and his experiences on a farm in upper New York state.” Hindus dedicated Green Worlds to the memory of farm owner Jim Moore, who he referred to as “The Most Irascible Friend, The Most Sensible Teacher, The Most Humane Americanizer I Have Ever Known.” His final book, A Traveler in Two Worlds, was published posthumously in 1971, after Hindus passed away on July 8, 1969 (The Waterville Times, 17 Jul 1969).

Hindus always considered North Brookfield his home even though he only resided there for a short period of time. However, whenever he had the opportunity, he would return to the town and visit with his friends. When he passed away in 1969, he was known for having written “more books about Russia than any other author in the Western World” (A Traveler in Two Worlds, Maurice Hindus, 1971). 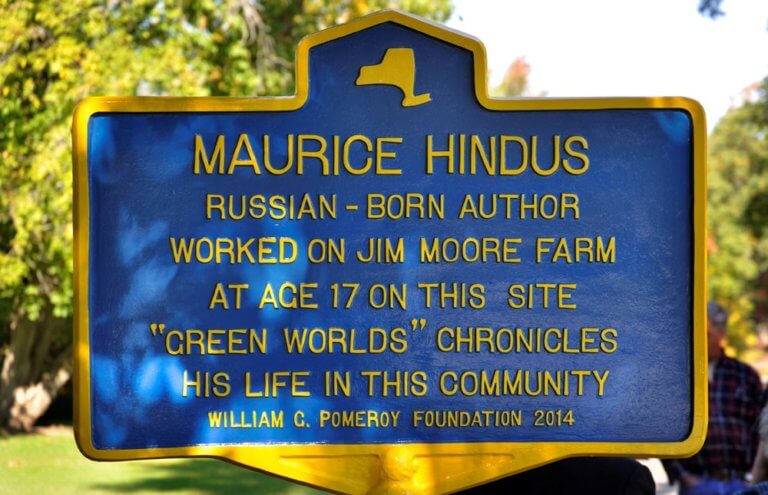 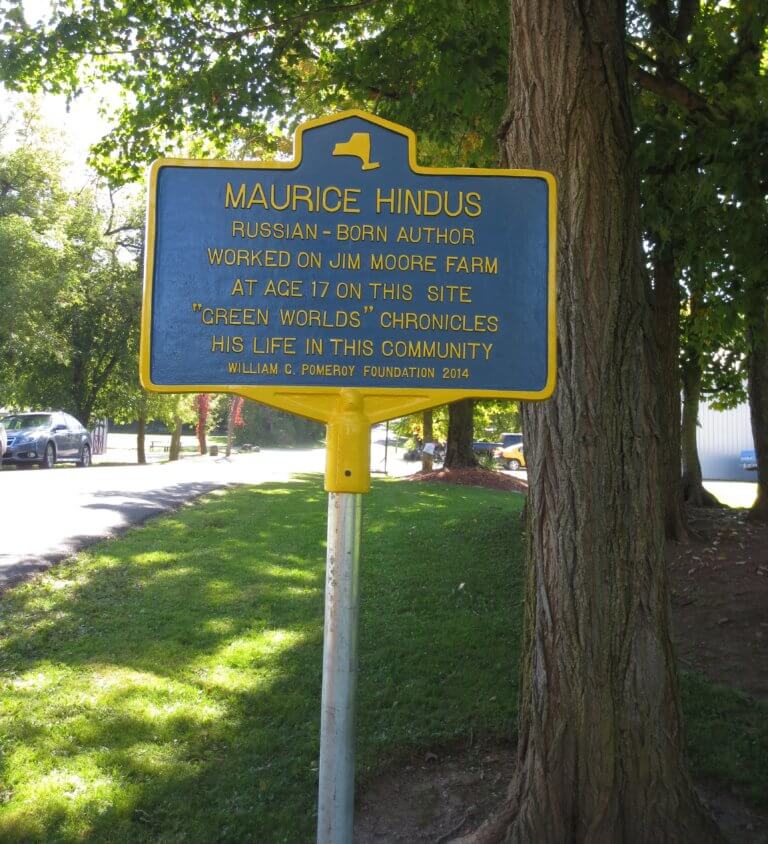 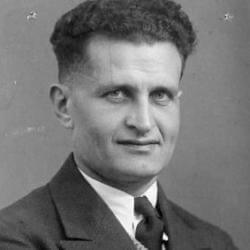