The Maynard School was named for Elisha Maynard, on whose property the clapboard schoolhouse was built in 1849. Teachers held classes here until 1959, when it closed. Today the building is owned by the Town of Bovina. It is closed for most of the year, but opens for four days in August when the Bovina Historical Society holds a day camp in which children pretend they are living in the year 1900, complete with period attire.

Early residents of the Bovina area believed in education as much as they did religion, and the Bovina (NY) History blog run by town historian Ray LaFever states that the two “walked hand in hand.” With the goal of educating their children in mind, the community established the first school in the area in 1808, and at the time, all children ages five to fifteen were legally obligated to attend. During the school day, students would then be taught the Bible, arithmetic, writing, spelling, and English. When the town became officially organized in 1820, there were a recorded 400 children of school age.

Bovina eventually grew to have 13 common school districts, and according to the blog, the early schooling years consisted of two terms. The two terms were divided between winter and summer and would typically see a change in both students and teachers. While not always the case, men were typically the teachers during winter terms because it was believed that “they could better handle the larger boys” that were not there in the summer due to work on the farms. For a long time there was also a large pay different between the men and women, but that was stated as being progressively changed over the course of the 20th century. In recollection of her time as a teacher in one of the Bovina school districts, Lois Davidson stated the teachers were expected to do their own janitorial work. After her first day of teaching following her graduation from high school in 1915, Davidson noted how tiring the work was and claimed that she “would rather earn [her] living doing manual labor,” though she ended up teaching for six years.

Another teacher from Bovina was Ed Schneider, who taught at the District 1 schoolhouse known as Maynard School. Cited as a “very dedicated teacher” by the Bovina History blog, Schneider believed strongly in educating the students of the area and would even avoid cashing his paychecks to make sure there would be money available for the district. Having taught at Maynard for its last three years of operation, Schneider witnessed the steady dissolution of rural school districts in favor of centralization. Rural schooling areas were facing decreasing enrollments and a weakening tax base and were further hampered by the Great Depression, which saw a large push to fund centralized schools. Bovina lost five of their district schools to newly created central schools in Andes, Delhi, and South Kortright, leaving them with only seven districts and four schools still taking students.

With the inevitable closure of the rest of the schools looming, the blog stated residents of Bovina had to vote whether they wanted their children to continue their education in Andes or Delhi. Both towns made proposals, with Andes claiming it would make more sense to transfer the students there because they were closer and had smaller classes that would allow Bovina students to assimilate. Delhi countered by stating students from Bovina had previously attended school in Delhi before, and the town was already a shopping and banking center for Bovina residents. Petitions for which school district to go with showed a fairly equal split, but it was decided in 1958 that the Bovina district schools would be reorganized to Delhi. The Maynard School from District 1 and the schoolhouse from District 4 were the last operating schools in Bovina, and in 1961, the last schoolhouse closed its doors. By 1967, the district schools were officially dissolved and students were taught at centralized schooling areas. 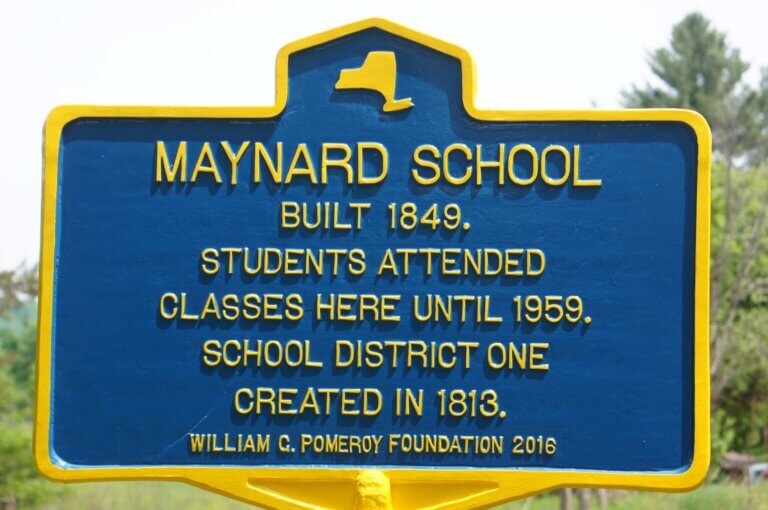 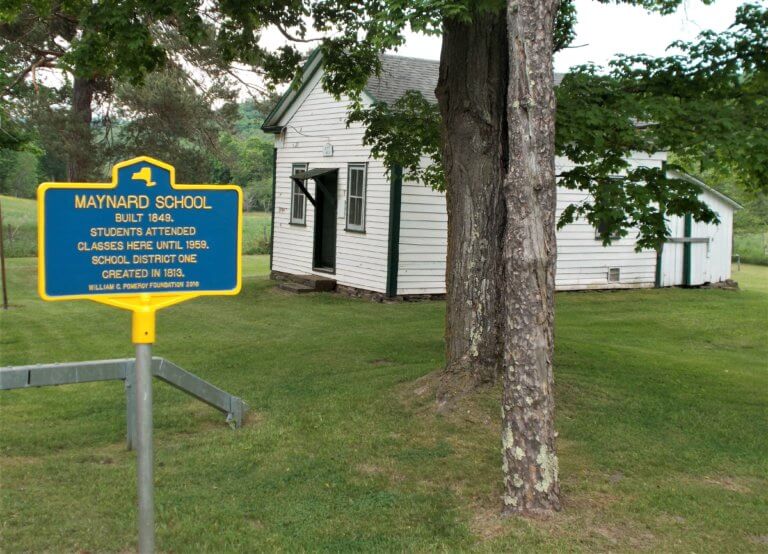