Between 1817 and 1826, Freemasons met at McGarrah’s Stagecoach Inn. It was purchased by Cornerstone Lodge #711 in 1998 and the 1817 Lodge Room was active as of 2013. Some claim the building is haunted and it has been featured on several paranormal TV shows. McGarrah’s Inn was placed on the National Register of Historic Places in 1998.

A May 11, 2008 Recordonline article about the Village of Monroe’s historic district and its downtown revitalization efforts recognized the “218-year-old former tavern on Stage Road” as the “oldest Masonic lodge in all of New York.” A Preservation News blog post adds that “the oldest meeting room for the Free Masons in [the] State” was built for the Cornerstone Lodge, chartered in 1814.

Part of the Village of Monroe’s Historic District, also known as Smith’s Mill Historic District, many of the original features of the Federal style building are intact, including the front entry porch, sash windows, doors, and fireplace mantle. In addition, on the property, in front of the building, is the original stepping stone used to disembark from stagecoaches. Despite several setbacks, according to Preservation News, the Cornerstone Masons Lodge remained dedicated to the restoration of the building. One of the first goals of the project was to take off the aluminum siding and expose the original wood siding. Despite the amount of repair that the wood clapboards needed, the beauty of the original design was greatly enhanced by this one task.  Further restoration photos on the Cornerstone Masonic Historical Society’s website show the original 1817 Lodge Room, first floor sitting room, window restoration, and installation of a new patio.

While Paranormal Investigations claimed to have trouble corroborating the claim that the site was one of the “Hudson’s Valleys most haunted locations”, they had no explanation for why the screen of their wireless camera turned blood red in the basement during their investigation! 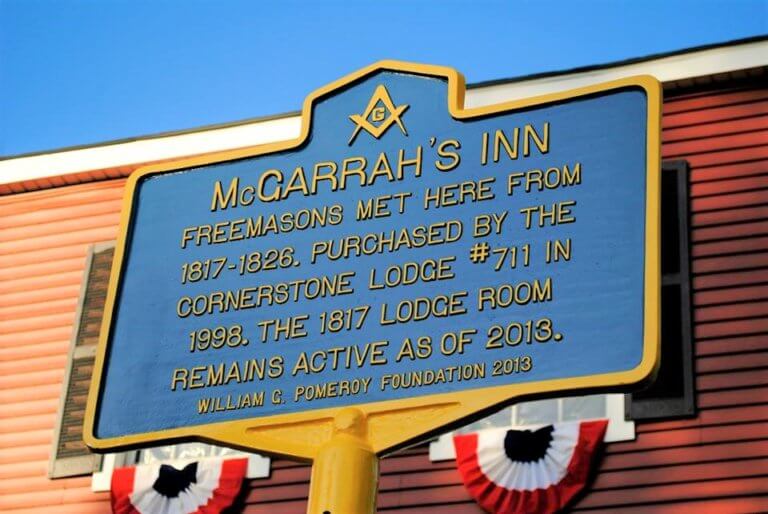 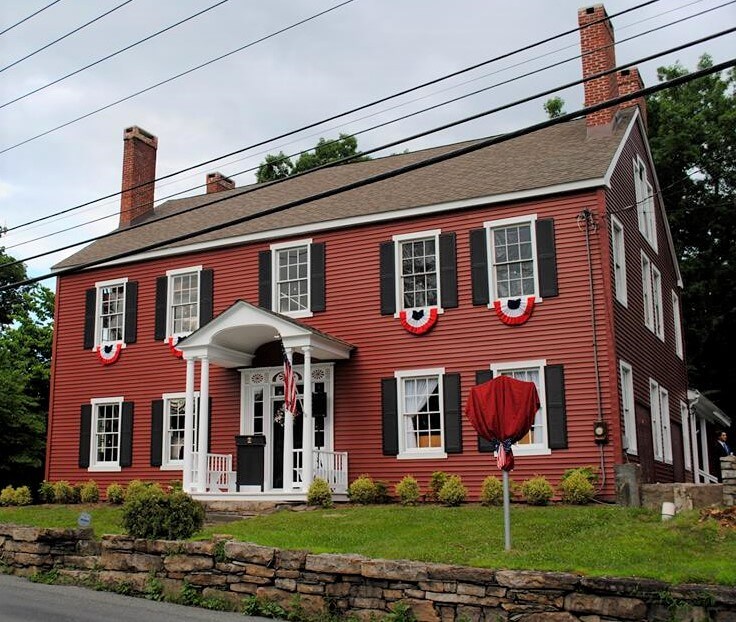