Mentz Church is situated, appropriately so, at the intersection of Mentz Church Road and McDonald Road just south of the Town of Montezuma. Built in 1825, this one-room church served the surrounding community for over a hundred years.

According to the Montezuma Historical Society website, land was purchased from the Weston family outside of Montezuma on Mentz Corners in the early 1800s. A meeting place was built on this land to serve as a “nondenominational house of worship,” that “hosted roving circuit riders of the Baptist, Methodist and Presbyterian faiths” (Mentz Church, National Register of Historic Places form, 2004). During the 1870s the one-room church was enlarged to include a square tower on the front of the building. The interior was typical to churches at this time with an open sanctuary, rows of pews and a slightly raised platform in the front.

According to the 1879 book by Elliot Storke, History of Cayuga County, New York, prior to the erection of the meeting place, religious gatherings were held in the barn of John Gilmore. At a Methodist Episcopal Church meeting of male church members held on May 10, 1825, the meeting house was incorporated as the First Methodist Episcopal Church of the Town of Mentz. As noted in meeting meetings, the men chose three church trustees during this meeting: John Gilmore, William Bell and James Weston. In the 1870s, the church counted around thirty members (History of Cayuga County, New York).

By 1954 many families had already left the area for larger cities, leaving few to attend church. As a result, the church closed its doors that year. In 2003, the Mentz Church building was donated to the Town of Montezuma by the former North Central Church Conference (Montezuma Historical Society website). The following year, in 2004, Mentz Church was added to the National Register of Historic Places.

As of 2019, the Mentz Church building was restored by volunteers and functioned as home to the Montezuma Historical Society. 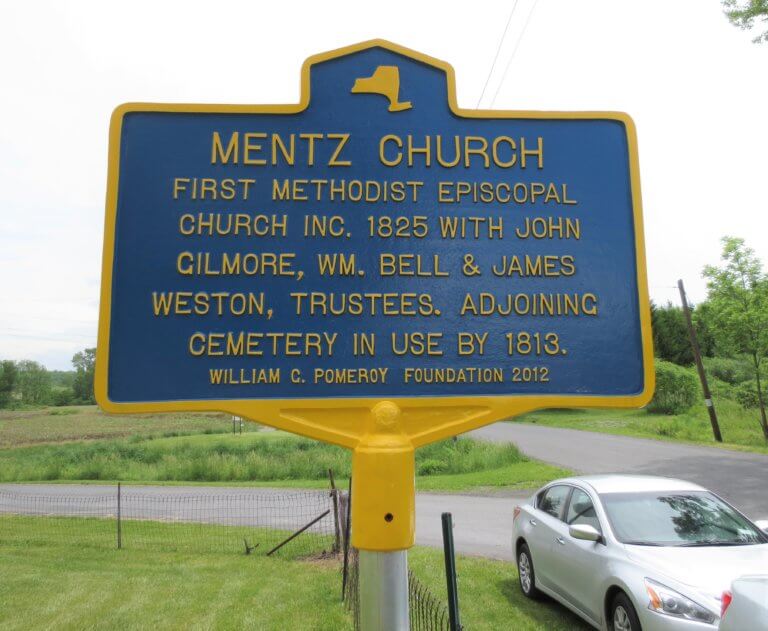 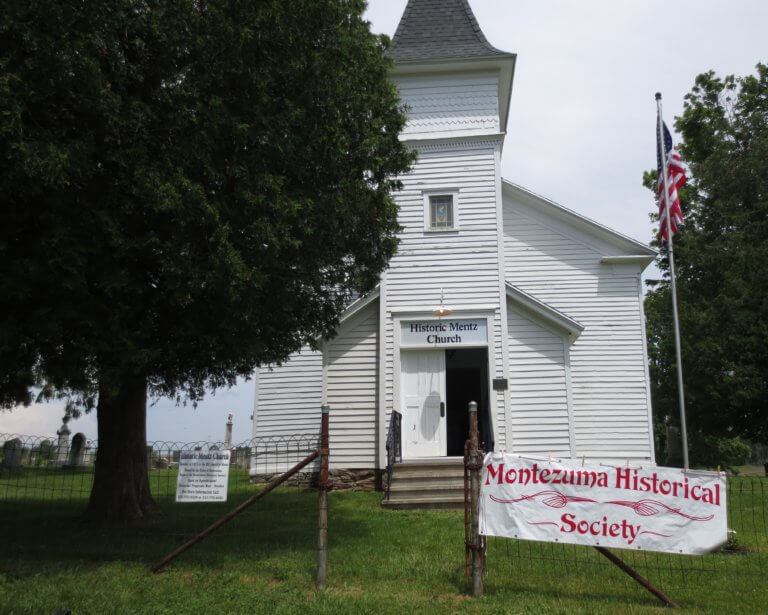