The Church at Freetown

The Methodist Episcopal Society constructed a church in the farming community of Freetown, NY, with Church Elder Cameron as its first pastor. After a period of vacancy, it was re-established in 1999 as The Church at Freetown.

In November 15, 1832 a group of Freetown men met to incorporate a religious society. Their society was officially recognized by Cortland County in 1833 as the First Society of the Methodist Episcopal Church in Freetown (Methodist Episcopal Society Meeting Minutes, 1833). A few years later, the Society decided it was time for a house of worship be built. According to a July 1, 1841 Cortland County deed, Society trustees purchased property near the hamlet of Freetown Corners to serve as the site of church. Around 1846, the church building was erected. According to the 1885 book History of Cortland County by H.P. Smith, by the 1880s the church counted approximately 60 members in its ranks. 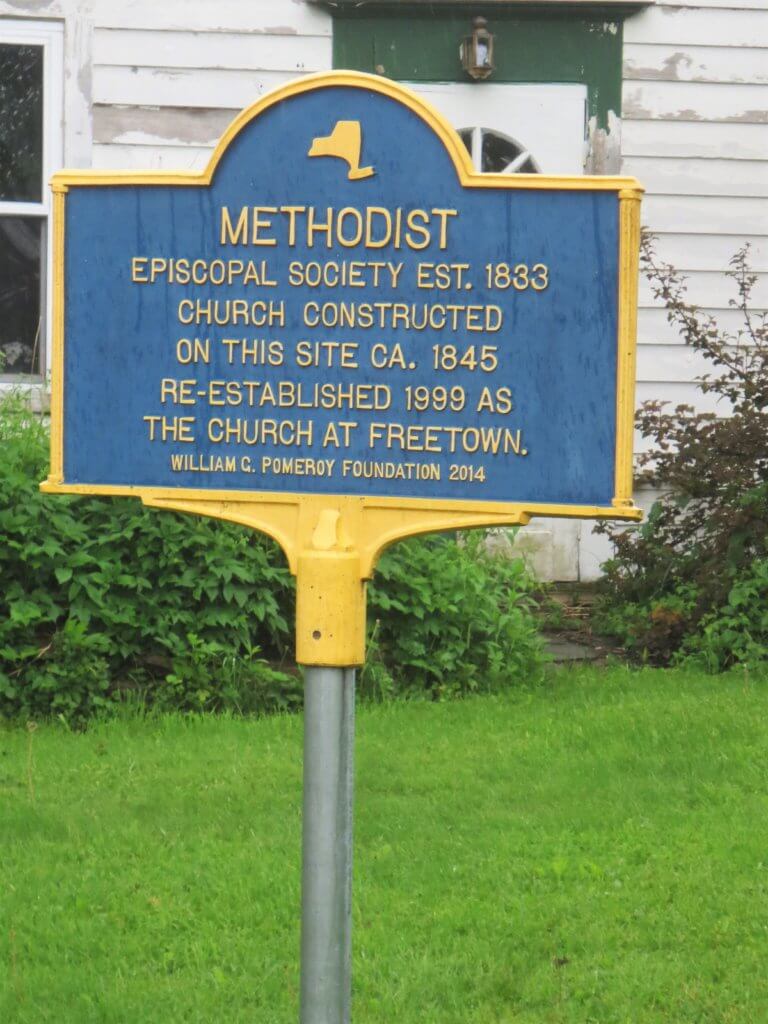 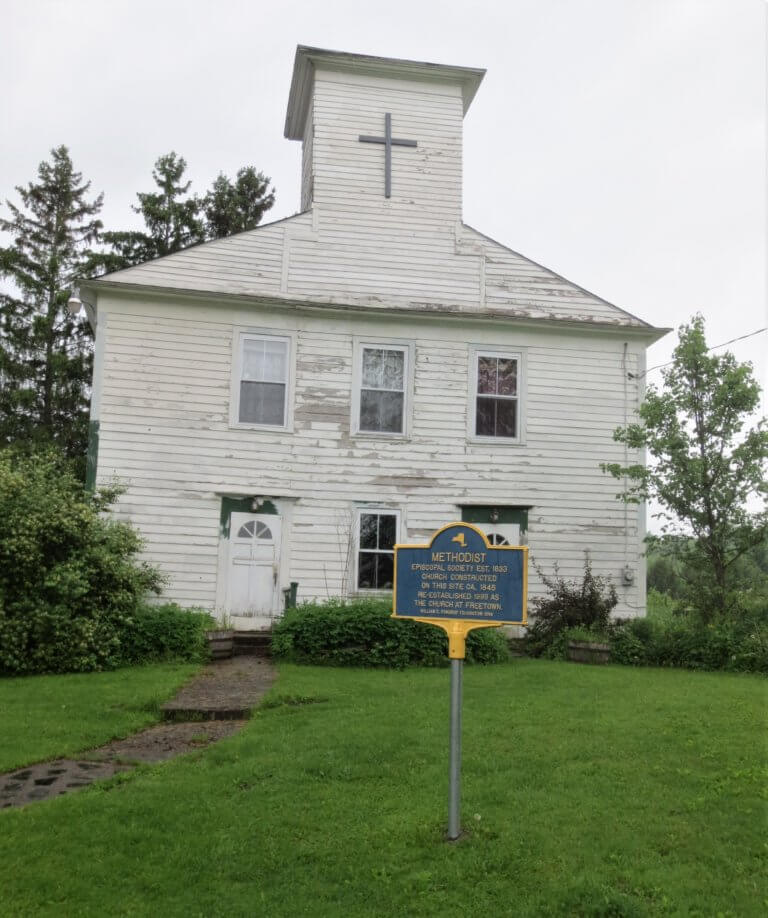