Built in 1908, the Monroe School was partially destroyed by a fire in 1928. As of 1945, the school held Kindergarten through 12th grade. The Academy Award nominated documentary Letter to a Hero was filmed there during World War II. A 1943 nominee, the 17:28-minute short WWII-era home front film by Larry O’Reilly can be seen on youtube.com at: https://youtu.be/ra8X2AcpssE.

The History of Orange County, New York (1908) edited by Russel Headley, notes that an earlier two-story school building near the Presbyterian church had served the purpose until 1884. In 1907, a second building had now become too small and the people of the district were in the midst of purchasing a new seven-acre site just north of the Episcopal chapel at a cost of $5,000. At the time of the publication, they had also appropriated $40,000 for the erection of a building, the foundation of which was completed. The board of education included: Fletcher B. Brooks, Solomon Fairchild, Millard Mapes, Frank F. Griffin, and Clarence S. Knight. It was also noted by Headley that this board had the “additional responsibility of building a modern school house.”

An April 12, 1928 Beacon News article reports on the effects of the disastrous fire, resulting in a total loss of over $200,000, of which only half was covered by insurance. “The complete destruction of the school was affected despite the combined efforts of fire companies from all surrounding towns to subdue the flames”, a condition which was attributed to its location “perched on a high knoll,” where it was “fully exposed to a strong east wind which whipped the flames through the building.” While the old section of the school was destroyed, the new section was saved by the fact that fire walls and fire doors has been installed. On the heels of the destruction of the South Avenue school building in Beacon, NY only a few months earlier, and an old portion of a West Street structure in Newburgh the year before, the article emphasized better planning and provision for insurance among local school boards for all properties under their care.

As of 2019, the Monroe School is known as the North Main Elementary School. With over 550 students, it is one of three grade 2-5 schools that service the students of Monroe-Woodbury Central School District. 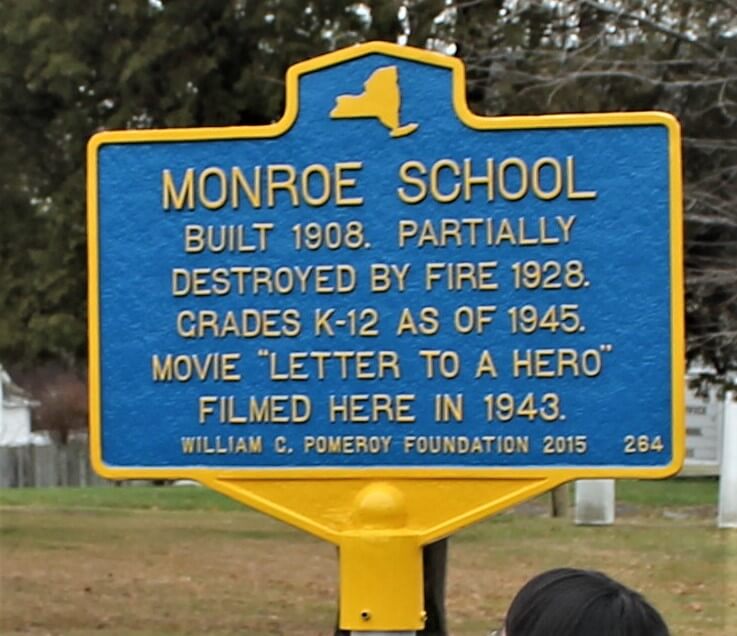 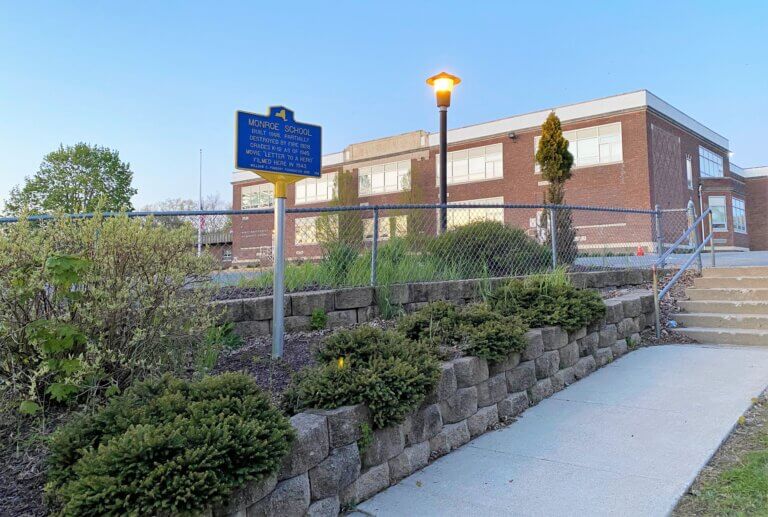