Thomas Jefferson and James Madison lodged here at the Moriches Inn, aka the Terry-Ketchum Inn in 1791, while on a trip to visit General William Floyd of Mastic, NY.

The June 13-14 entries in Jefferson’s Memorandum Books for the year 1791 read:

The Thomas Jefferson Foundation operates the website Monticello, a world heritage site devoted to the interpretation of President Thomas Jefferson. They explain that Thomas Jefferson and James Madison embarked on a northern tour of 1791 through New England and upstate New York, the purpose of which was not politics as some historians have supposed; indeed, by Madison’s accounts the purpose more resembled a sabbatical undertaken for “health recreation and curiosity.” Founders Online notes that Jefferson and Madison were the guests of William Floyd (1734-1821), whom Jefferson knew as a fellow delegate from Congress. The friends would have dined at the Floyd’s Old Mastic House (another WP marker), on the Forge River in Brookhaven. Also of note was the visit to an Algonquin tribe of Unquachog (now Poospatuck, another WP marker) Indians which Floyd hosted. Jefferson, postulating the origin of the American Indians lay in their languages, compiled a vocabulary of Unquachog words.

Another significant detail about the historic Inn is the unfortunate fact that it burned in an August 20, 1989 fire. The chronology of the Ketcham Inn Foundation, Inc., which operates the site as a museum, records that the remaining building and site was offered to the grassroots preservation activist committee, which later incorporated as the Foundation with the goal to work in earnest towards the full restoration of the historic structure. Long Island History Project featured Moriches and the Terry-Ketcham Inn on October 8, 2014 as part of an Inns Preservation podcast segment. Foundation President Bertram Seides explained that prior to the fire, the Inn had been acting as a home for battered women. Long aware of its historic merit, the building’s “boarded up, broken into, and terrible” condition was however advantageous to striking a deal with the owner to purchase the house to save the historical treasure.

To this end, a full historical structures report was commissioned as a feasibility study. In addition to the compelling historic building fabric, an archaeology dig evidenced remains of a ca. 1693 settlement. Although it is hard to recover from a fire disaster, restoration best practice draws from sources as varied as a title search, genealogy of families, architectural analysis, written and oral history, historic photographs, documents to reconstruct as faithfully as possible the historic profiles in materials, texture, and color of the original as established by the Department of the Interior’s preservation standards. In 1992 and 1993 the Inn was listed on the State and National Register of Historic Places.

Ketcham Inn Foundation, Inc. interprets over 325 years of history on Long Island’s South Shore. Established in 1989, the Foundation developed a mission to restore the Terry-Ketcham Inn, a settlement site, resident blacksmith, social center, meeting house, and former stagecoach stop between Manhattan and Sag Harbor during the 18th and 19th century. In 2019, the Foundation interprets the well-established living history museum and cultural center for the education of American heritage. 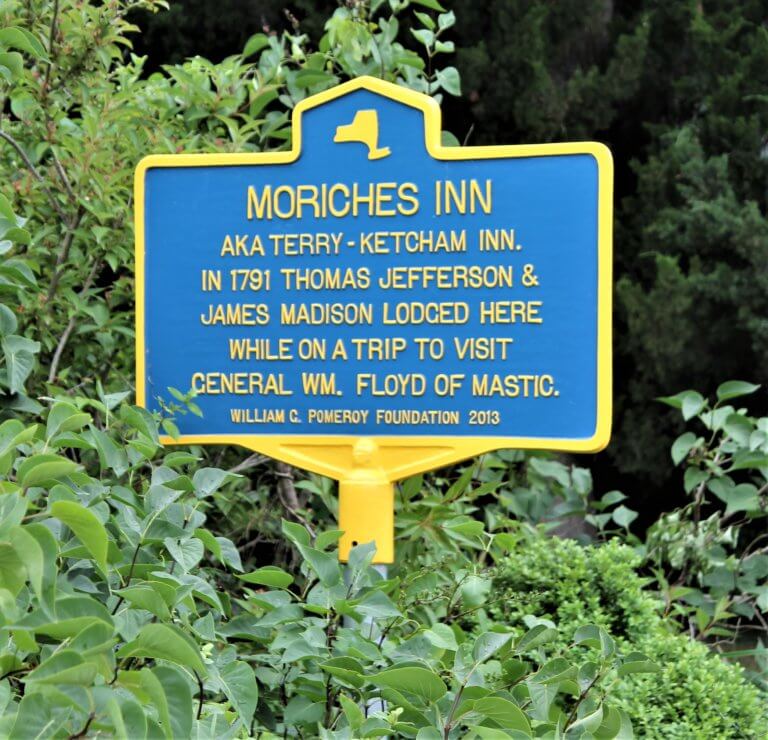 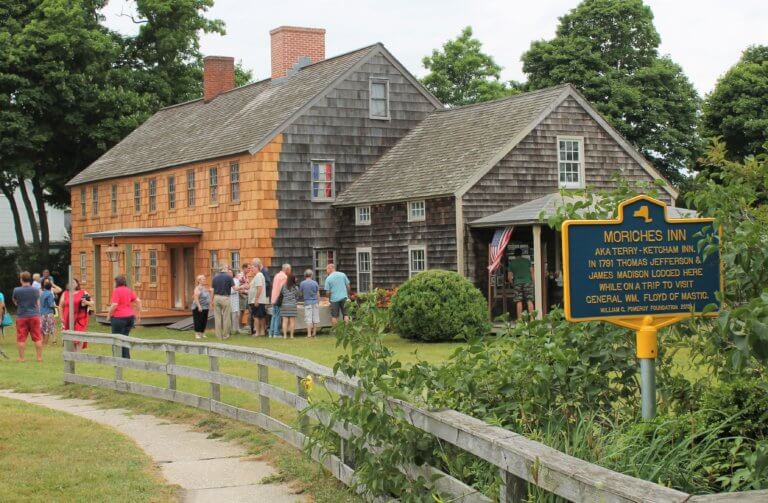