Daughters of Union Veterans of the Civil War

North Brookfield, New York is home to the site of the childhood home of Myrtilla Miner, an educator and pioneer in teacher education for African American women in Washington, D.C.

According to her 1885 memoir, Myrtilla Miner: A Memoir by Ellen M. O’Conner, Miner was born in Brookfield on March 4, 1815 to Seth and Eleanor Miner. At an early age she was diagnosed with a health condition that affected her throughout her life. Miner desired an education as a child but due to her family’s social class, rural location and her gender, Miner’s options were limited. She was set on becoming a teacher since “teaching at the time the only field of employment open to a woman with her aspirations” (Myrtilla Miner: A Memoir). In 1839, she began her studies at the Female Domestic Seminary in Clinton, NY, which ultimately led to her first teaching position at the Clover Street Seminary in Rochester, NY. From there she headed out of state to the Richmond Street School in Rhode Island and then on south to Mississippi, teaching for several years at Newton Female Institute (Notable American Women, 1607 – 1950, vol II, 1971).

While in Mississippi, Miner taught the daughters of a plantation owner. Teaching in the South was a new experience for her. Naive about the rules in Mississippi, she did not know that it was illegal to teach slaves to read. Others encouraged her to teach freed slaves in the North instead. As related in her memoir, seeing such educational disparities between races “determined her lifework.” Miner had hoped to educate slaves but instead was rebuked in her attempts. With a new goal in mind and failing health, she ventured back north, this time to the Nation’s capital.

Miner selected Washington, D.C. as the location to realize her goal. At that time, per Miner’s memoir, there were “more than eight thousand free colored people, not prohibited by any law from obtaining a complete education.” Miner decided to open a school where African American women could study to become teachers. The school would also offer primary schooling and classes in domestic skills. Despite significant opposition, in 1851 the Normal School for Colored Girls opened its doors. Initially Miner only had a few students however after a few years the numbers grew to around forty (Myrtilla Miner: A Memoir).  Miner received support for her school from several prominent abolitionists at the time, such as Harriet Beecher Stowe and many Quaker leaders. During its early years the school changed locations several times before settling on a three acre lot in the city with a preexisting house and barn (Myrtilla Miner: A Memoir).

During 1855, Miner’s health deteriorated. The school’s board of trustees and a few replacement teachers maintained the school for the time being. In 1860, the school closed and Miner went to California hoping to regain her strength (Myrtilla Miner: A Memoir). While away, Miner’s friends in Washington helped to get the legislature to officially incorporate and charter the Institution for the Education of Colored Youth in the District of Columbia in March of 1863. The school reopened in 1871 in conjunction with Harvard University. Unfortunately Miner did not live to see that happen. She passed away on December 17, 1864 at the age of 49. She is believed to have died from injuries sustained from a carriage accident.

In 1883, Frederick Douglass recalled Miner in a letter he wrote to the trustees of her school in Washington: “I marvel all the more at the thought, the zeal, the faith, and the courage of Myrtilla Miner in daring to be a pioneer of such a movement for education here, in the District of Columbia, the very citadel of slavery, the place most zealously watched and guarded by the slave power, and where humane tendencies were most speedily detected and sternly opposed” (Myrtilla Miner: A Memoir). 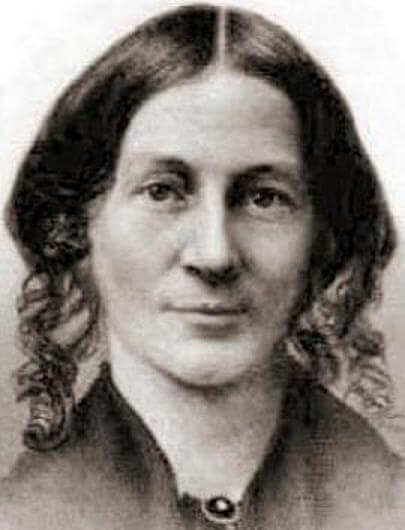