N. Leonard’s Inn is the former home and inn of Revolutionary War veteran Nathan Leonard (1743-1813), an early resident of Sennett. The Leonard homestead remained in the family for 131 years until sold in 1926.

The 1896 book by Manning Leonard, Memorial, Genealogical, Historical, and Biographical, of Solomon Leonard 1637, recounts the life of Nathan Leonard. Born on September 25, 1743 in Hardwick, Massachusetts, at the age of 23 he married Amittai Cutler and together they had many children. Leonard served with a company of minutemen in the battle of Lexington and Concord on April 19, 1775, which marked the beginning of the Revolutionary War (Massachusetts Soldiers and Sailors of the Revolutionary War, vol. 9, 1902). Later, in 1778, he served as a captain in Col. Nathaniel Wade’s regiment (Memorial, Genealogical, Historical, and Biographical, of Solomon Leonard 1637).

After the war, he moved to Vermont and later, to Sennett, New York in the 1790s with his family. He initially constructed a log house only to replace it several years later with a frame house. According to Skaneateles; History of Its Earliest Settlement and Reminiscences of Later Times, (1902) by Edmund Norman Leslie, Leonard used both structures as an inn, established in 1798, for travelers and locals alike. Leonard passed away on October 10, 1813, leaving his homestead to his wife and children (Findagrave.com, 2019). The house continued to serve as home to several generations of the Leonard family until its sale in 1926.

Descendants of the family still living in the area possess a wooden sign reading “N. Leonard’s Inn. 1798” and believe it to be original to the dwelling. As of 2019, house was still standing in Sennett with some of its original architecture still intact. 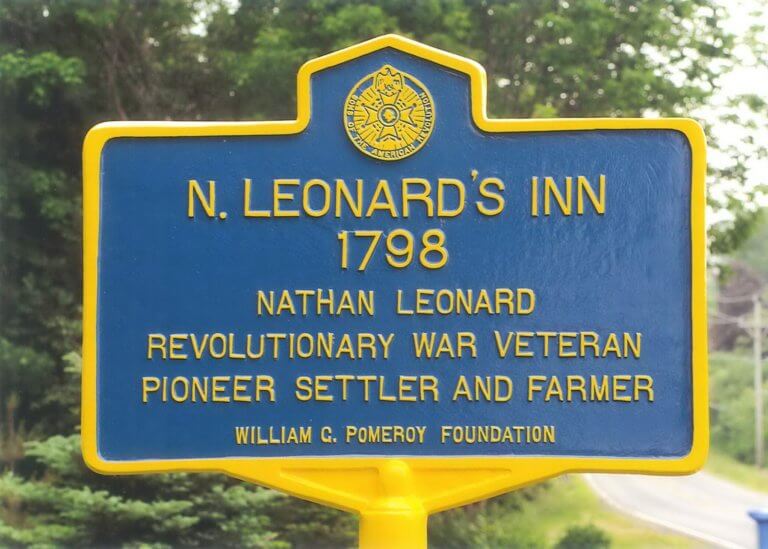 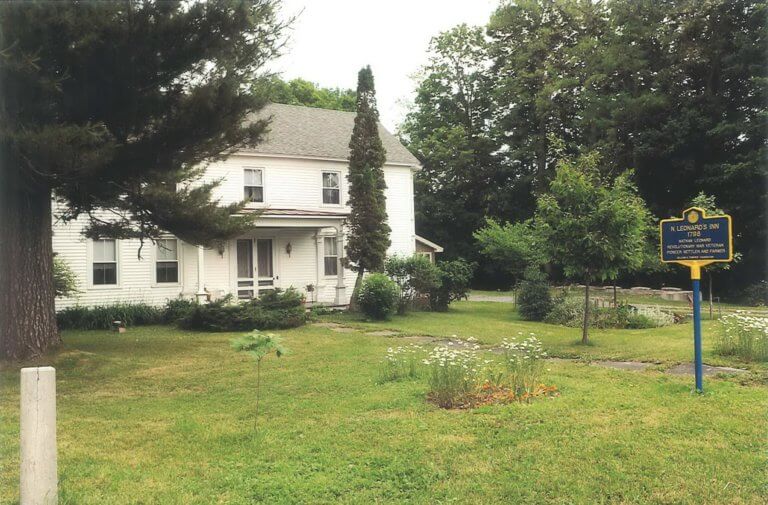