It is believed that James Fenimore Cooper’s character of Natty Bumppo in his Leatherstocking Tales series of books was inspired by David Shipman, a historical person well known by Cooper who often furnished venison and fresh game to Cooper’s table and lived and hunted in the area. Shipman lived in a log cabin on the east bank of Oaks Creek, between the villages of Toddsville and Fly Creek. Shipman was known to dress in tanned deer-hide and wear leather stockings tied below the knee with leather straps. During his visits to Cooper’s home he would tell tales of war, Indians, hunts, settlements, scouting, wild animals, near death encounters and colonial legends and lore. David Shipman died in 1813 at the age of 73 in Fly Creek, NY. 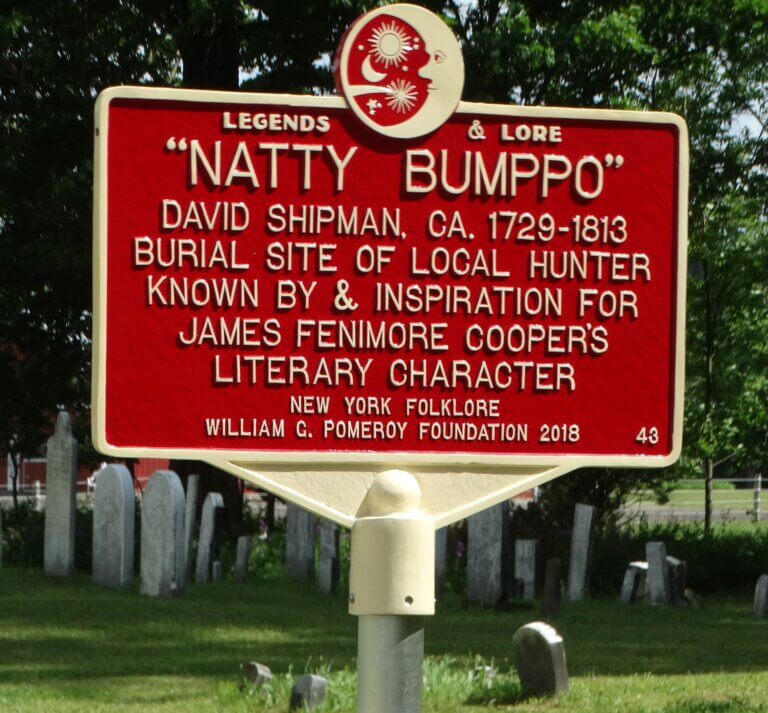 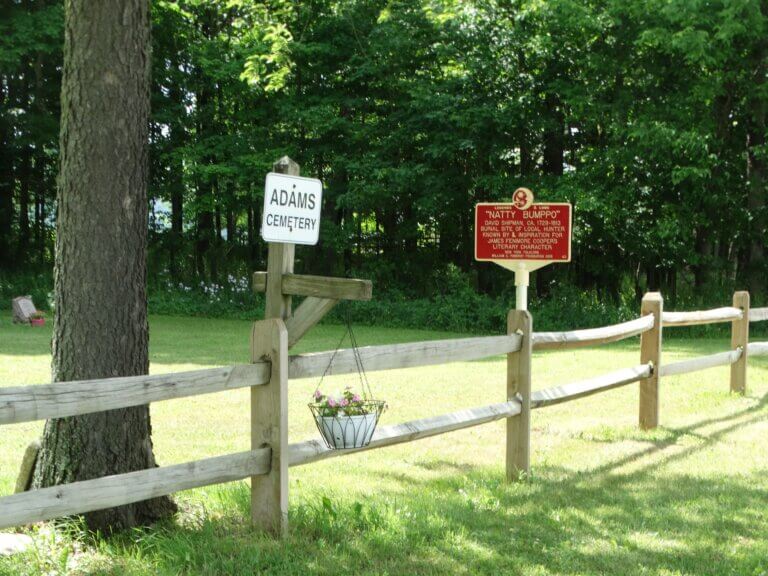