Route 25A Across from Brookhaven Drive, Rocky Point, NY

Near this site, in present-day Rocky Point, NY, several early free African American families including Davis, Jessup, Lyman, Sells, Phillips, Prince and Miller, owned and farmed the land by the year 1790. Rocky Point Historical Society adds that the site represents the settlement of families who farmed their land, sent their children to one-room schoolhouses, attended the Mt. Sinai Congregational Church and had family burial grounds during the late eighteenth and early nineteenth centuries.

The 1790 Census for the Township of Brookhaven records the following names of Heads of Families in the category of “all other free persons”: Ton[e]y Anthony, C[larah] Black, Cats Black, Paul C[uffe], Ben H[elmes], John J[ack], [Sharp] M[ark], Jonah Miller, David, Bett Miller, P[–] Miller, and John Woodhul. Also of note in this early record is the fact that many white Heads of Families were also recorded as slave owners. The 1800 Census Records adds the following Heads of Families, “Adam, a Negro”, “Ben, a Negro”, “Cain, a Negro”, “David, a Negro”, “Jack, a Negro”, “Jonah, a Negro”, “Sam, a Negro”, “Prince, a Negro”, “Robbin, a Negro”, and “Wm, a Negro”. Another interesting observation is the detail of “negros” being referred to by first name only. By the time of the 1801 Tax Assessment Rolls for the Town of Brookhaven, however, “Jonah, a Negro” was recorded as Jonah Miller, who was taxed for his real estate holdings. By 1850 the U.S Federal Census reported a number of “black” Free Residents of Brookhaven, including the following members of the Sells family, Titus, Betsey, Jeremiah and Mary E., as well as Hannah M. and George from the Smith family.

In 1991 the New York State Museum, under the direction of Mark LoRusso, sent archaeologists to examine the Betsey Prince site, which provided information about the life of early free African American families. According to the Museum website, the Betsey Prince collection consists of over 8,000 artifacts recovered from the late 18th to early 19th century household of Prince Jessup and his wife Betsey in Brookhaven. Jessup was among several free African Americans who owned houses in the area during the first two decades of the 19th century. Following her husband’s death in the 1810s, Betsey Prince remained in the house until the 1830s. Representing a rare cross section of material culture from a free African American household in New York State, the collection includes a wide variety of household artifacts dating from this period.

In 2011, a more detailed report appeared in the Long Island History Journal by Allison Manfra McGovern, Department of Anthropology, CUNY, “Rocky Point’s African American Past: A Forgotten History Remembered through Historical Archaeology at the Betsey Prince Site.” The article abstract states that “multiple lines of evidence [were] used to reconstruct the history and composition of the African American settlement at Rocky Point and the lifeways expressed at the Betsey Prince site. This analysis, which depends on an understanding of the socio-historical context of the site, emphasize[d] social interactions, labor, domestic activities, identity construction, and the fate of the community.”

The site was described as a foundation of a small house along North County Road in Rocky Point, including the remains of a brick chimney, cellar hole, storage pit dug into the base of the cellar, small midden along with three additional artifact concentrations in the yard. Most of the recovered artifacts were used in food preparation, storage, and consumption, and were ceramic wares. In 1810, as many as eight free people of color were recorded as living in the small, two-room house. Prince’s property included a lot of 6 acres, 1 house, and 1 barn valued at $100 in 1815.

McGovern adds that occupants of the household were variously identified as Prince, Prince Jessup, Rice Jessup, Betty Jessup, Betty or Betsey Prince, and Elizabeth Jessup in Federal census data, deeds, a tax document, and a probate inventory. In addition to the variety of names, she also observed that the inhabitants and neighbors of the site were variously racially identified as “colored,” “negro,” “black,” “mulatto,” and “mustey.” “How black people negotiated their identities at this time is certainly difficult to understand” McGovern explains. “The variety of racial categories mentioned above suggests a lack of consistency in how people were both perceived and classified… It is therefore important to consider the role people of color played in constructing their own identities in early America, as it was not uncommon for black people to change their names more than once.”

The author concludes that historical archaeology presents a more complete history than either discipline would on its own, positioning the site within the larger history of the town. Although the African American history of Rocky Point remains buried in the landscape, analysis of archived documents, Federal census data, and archaeology has provided a basis for understanding the material dimensions of the inhabitants. Prince Jessup, who lived at the site, was a farmer and/or laborer who died around 1815. The probate inventory from his estate indicated that he owned a collection of tools for woodworking and farming, furniture, domestic items, and farm animals. The archaeological record, however, presented evidence of an affinity for teawares, which were noticeably absent from the probate inventory. Together, these resources provide a more complete picture of the assemblage at the Betsey Prince site, and are suggestive of gendered activities.

As of  2019, the roadside marker is located along Rte. 25A, near the archaeological dig site mentioned. 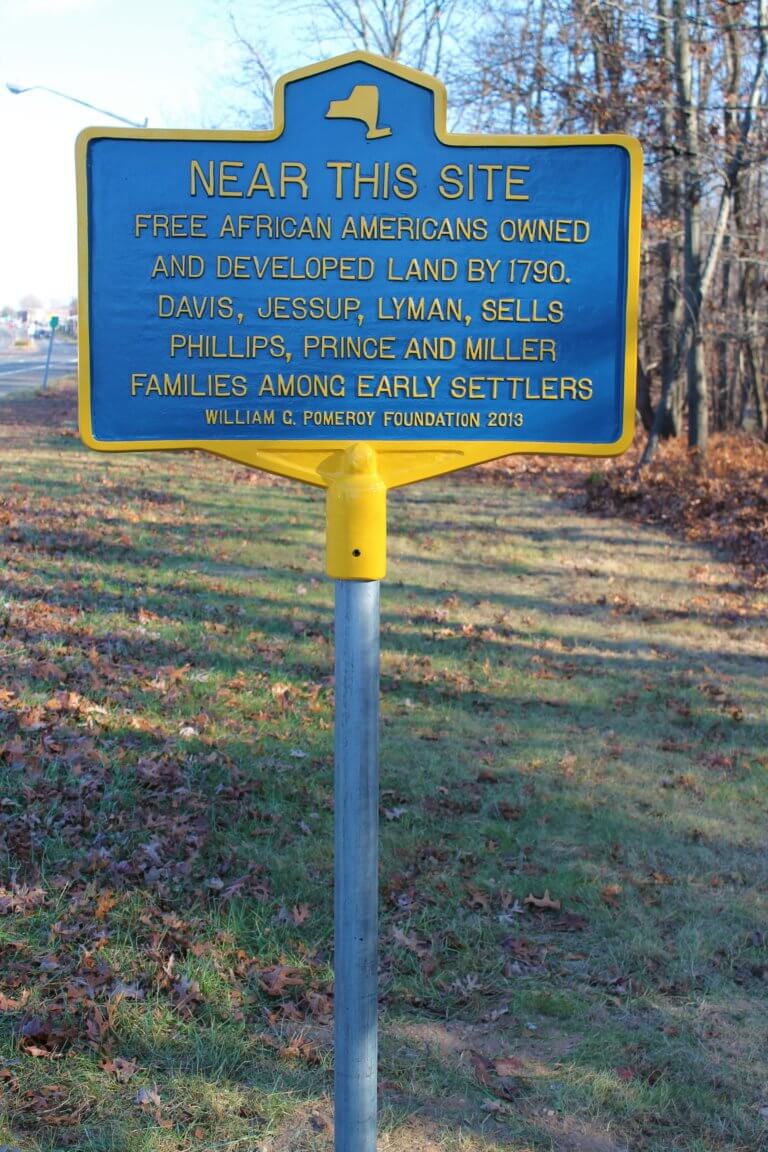