Established in 1895, the Niagara Gorge Railroad, also known as the Gorge Railroad, was a remarkable feat of modern engineering. The railroad tracks were laid along the edge of the gorge overlooking Niagara River, offering travelers an opportunity to enjoy a one of a kind scenic route as they shuttled by trolley between Lewiston and Niagara Falls. The spectacular scenery helped to fuel the railroad’s popularity. In 1901 the Pan-American Exposition was held in Buffalo, New York. In attendance was 25th President of the United States, William McKinley. On September 6, 1901, President McKinley rode on the famous Gorge Railroad before returning to Buffalo where he was later assassinated. As roads improved and travel by car grew in popularity, the Gorge Railroad declined in its later years. Additionally, a significant issue that plagued the railroad was landslides. In September of 1935 a massive landslide covered the tracks. Shortly afterwards the Niagara Gorge Railroad Company filed a motion with the state legislature to cease operation due to safety concerns. By late 1935 the Niagara Gorge Railroad was closed for good.  While the railroad no longer exists, visitors can see where it all began by visiting the Earl W. Brydges Artpark in Lewiston, NY. 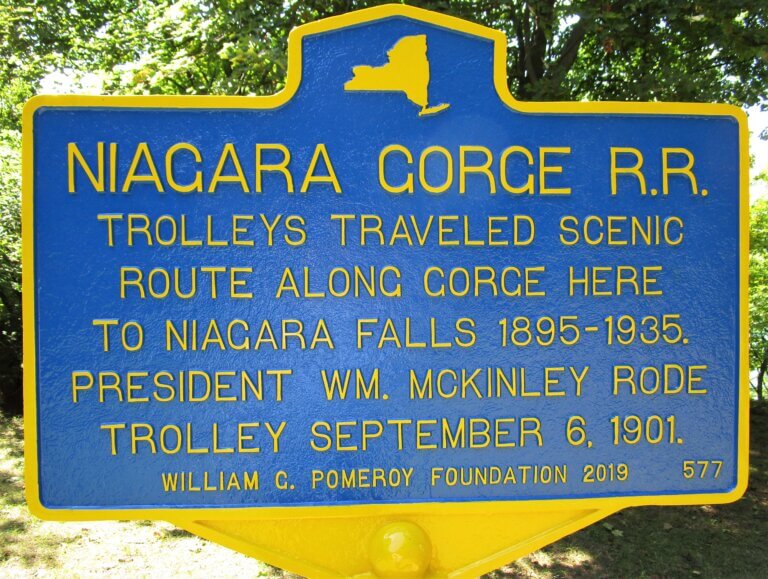 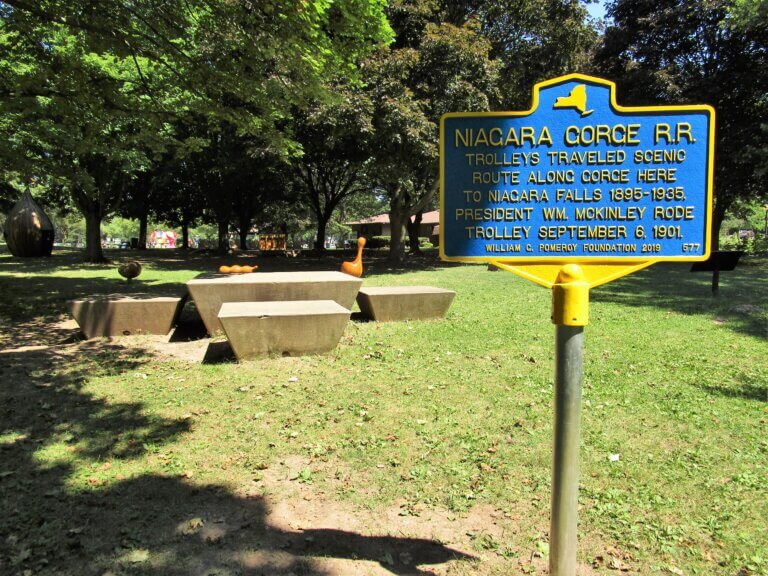 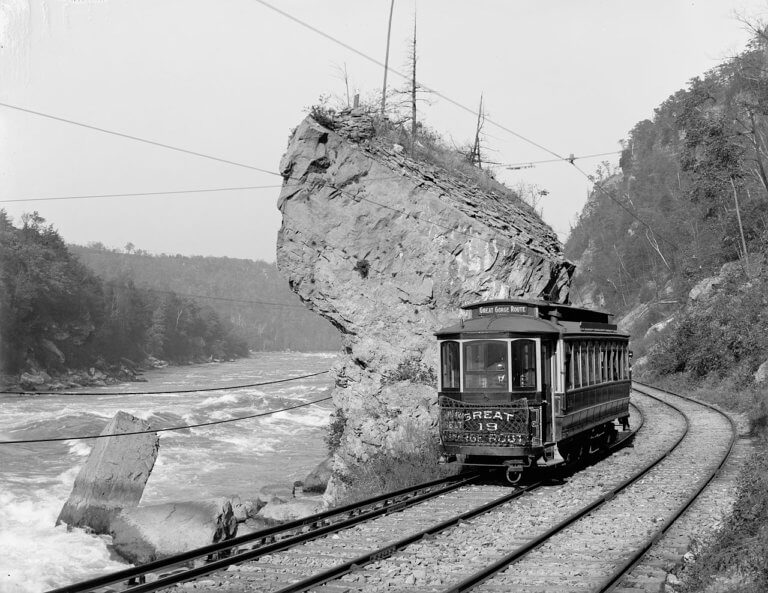 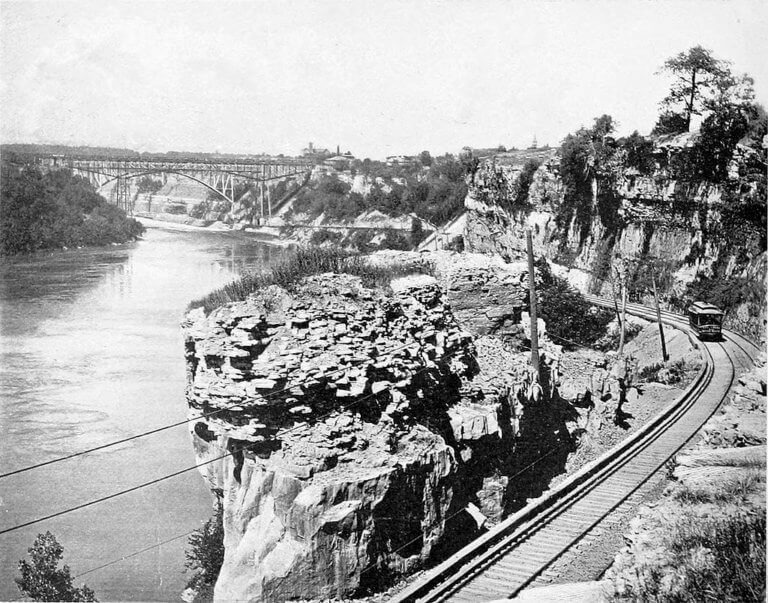