Just south of the Village of Cazenovia lies the Number Nine School. This historic school house served the community for over a hundred years before the centralization of the local school districts.

Henry Severence was a former student and resident of District No. 9 from his birth in 1808 to his death in 1892. He recounted his memories about the community and school in his 1883 manuscript, A Fragmentary History of the Settlement and Growth of School District No. 9. In this, he states that the first school was held in a barn just west of the yet to be built school house on the property of Thomas Marvin. Severence recalls that Mina Norton served as the schools’s first teacher. Around 1800, a small log house was erected this served as the first No. 9 School. A few years later, the log house was replaced with a larger frame building to allow more space for students.

Around 1845, the school house was rebuilt for the third and final time. A 1845 photograph of the schoolhouse in Ann Berlew’s 2002 book Cazenovia School District 1796 to 2002, pictures the third rendition of the school which appears to be made of brick. Researching further, a 1862 Annual Report of the Trustees of School District No. 9 confirms the schoolhouse was indeed a brick building. While more expensive to construct, brick materials created a more substantial and long lasting structure. The same report also specified that 67 children between the ages of four and twenty one attended the school in 1862.

In 1929 Cazenovia formed a central school district that would merge its ten neighboring schools, including No. 9. On February 12, 1931, the Cazenovia Republican announced that Cazenovia Central School District was officially operational. Despite the opening of the new school, primary grades continued to be taught at the No. 9 School for the several more years (Cazenovia Republican, 19 May 1974).

Once classes for all grades were fully switched over to the centralized school, the old brick school house was used as a granary until it was converted into a private residence. As of 2019, the school house remained a private home yet still retained some features from the historic 1845 brick Number Nine school house. 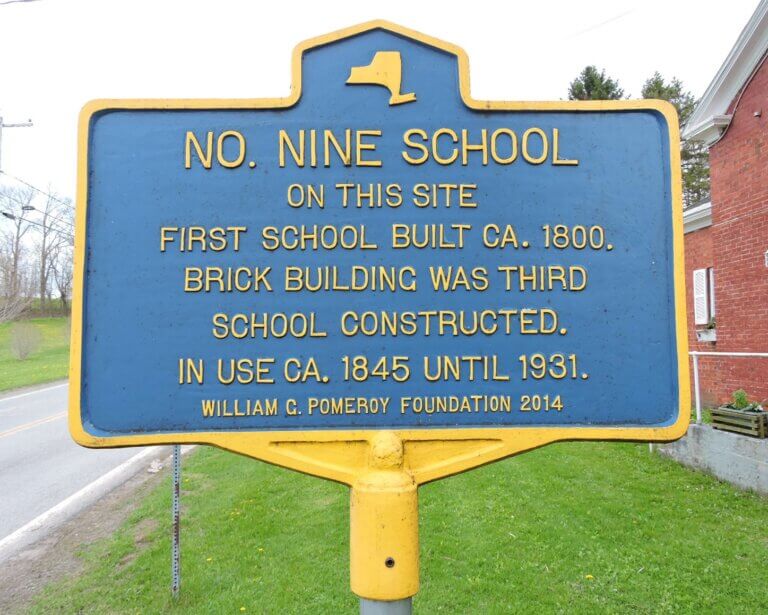 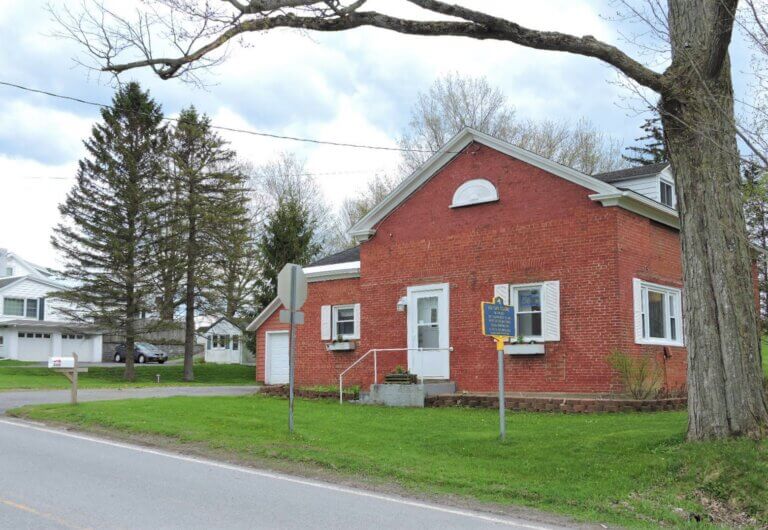