The North Gage Union Church, located in the Town of Deerfield, was one of the first churches established in Deerfield and served as a place of worship for early residents of the community.

According to church archives, during the late 1820s, supplies were gathered to construct the church. A deed dated January 26, 1829 indicates the Trustees of the newly formed Presbyterian and Baptist Society purchased a piece of land for the purpose of building a church. That same year the church was erected, with a formal dedication in 1830.

During the mid-1850s, the society elected to rebuild the church. An April 3, 1858 deed shows that additional land bordering their lot was purchased. This new church was built by June of 1858 and was dedicated the following year on January 6, 1859 (“Accounts of a Building Committee,” North Gage Union Church Archives, 1859).

As of 2020, the church building was still standing however the congregation occupying the building was known as North Gage Presbyterian Church. 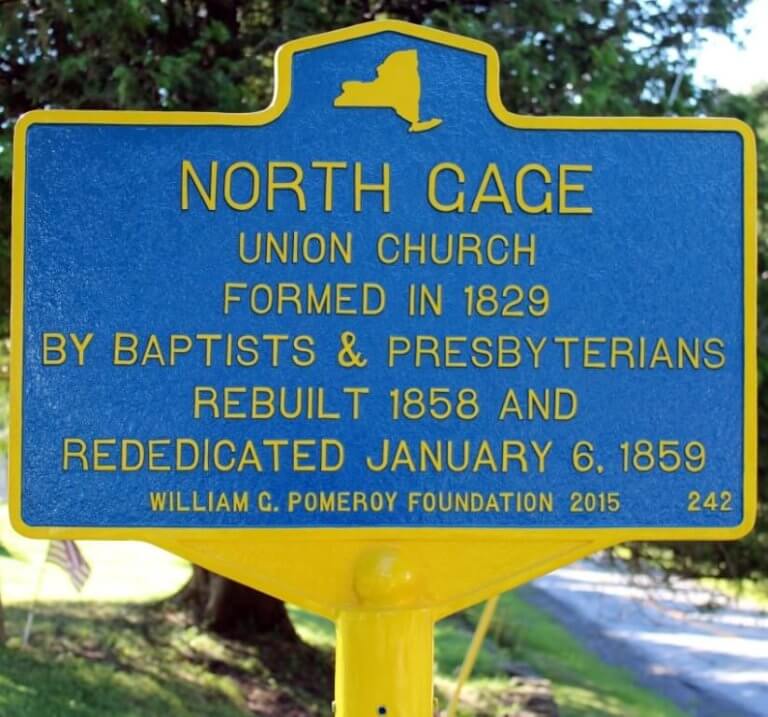 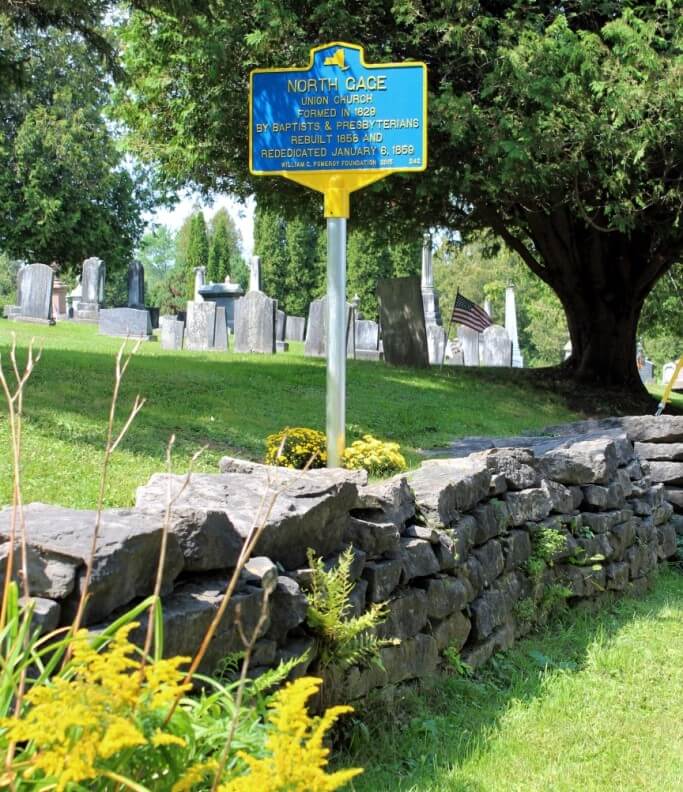 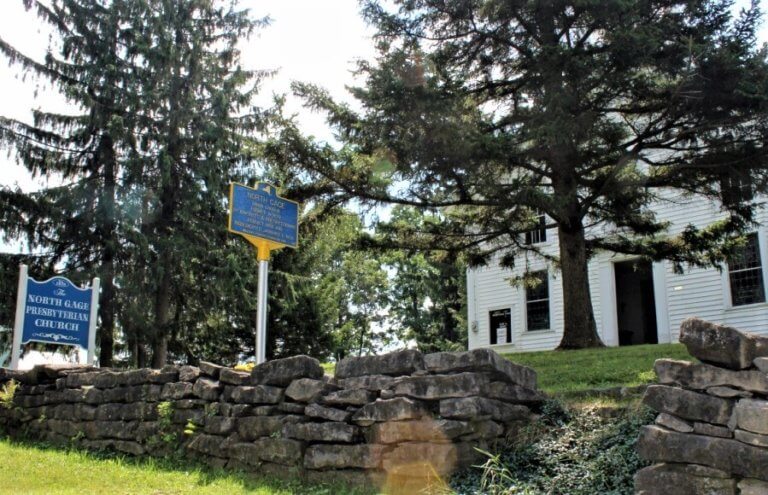