The Oakwood Seminary provided co-ed education in the classics for Quaker and non-Quaker students along with preeminent scholars from the northeast. It was administered by the New York Yearly Meeting of Friends. The school suffered severe damage from a fire in 1918 and was eventually torn down.

Oakwood Seminary was originally founded in 1796 by the New York Yearly Meeting of Friends (NYYM) in modern-day Millbrook, NY (Star-Gazette, 1 Jul 1902). The NYYM serves as the central organizing body of Quakerism within New York State and parts of other surrounding states. In the late 1850s, the NYYM relocated the school from Dutchess County to Union Springs in Cayuga County. During the fall of 1857, they purchased property along Seminary Street for around $9,000 (Oakwood Friends School website, 2019). In 1860, the new boarding school, Friend’s Academy, opened its doors (The Oakwood Seminary Annual Catalog, 1898-1899).

The school functioned for over a decade, according to the Star-Gazette, before officially changing its name to Oakwood Seminary in 1876. Originally classes were offered for all grade levels, however by 1900, classes were exclusively taught to grades 8 to 12 (Oakwood Friends website). The Star-Gazette article details the extensive facilities and programs the school had to offer at the time including “an extensive library and reading room, studio, music room, parlors, bath rooms, a literary and debating society, a school periodical and a society of Christian Endeavor.”

Unfortunately in January of 1917 a fire broke out and greatly damaged the upper floors of the school. This, paired with the declining population of Quakers in the area, the school was once again relocated (Oakwood Friends School website). The Rome Daily Sentinel announced on June 5, 1920 that the school would be moved to Poughkeepsie, back in Dutchess County once again. On June 18, 1920, Oakwood Seminary celebrated their 60th and final commencement at Union Springs, marking the closure of the school (Union Spring Advertiser, 24 Jun 1920).

In September of 1920, the new Oakwood Friends School opened in Poughkeepsie (Oakwood Friends School website). As for the previous school in Union Springs, the Union Springs Academy and Seventh Day Adventist Church took up residence in the former facility in 1921 (Union Academy website, 2019). By the 1960s, many of the original Oakwood Seminary buildings were destroyed. (The Citizen-Advertiser, 17 May 1962). 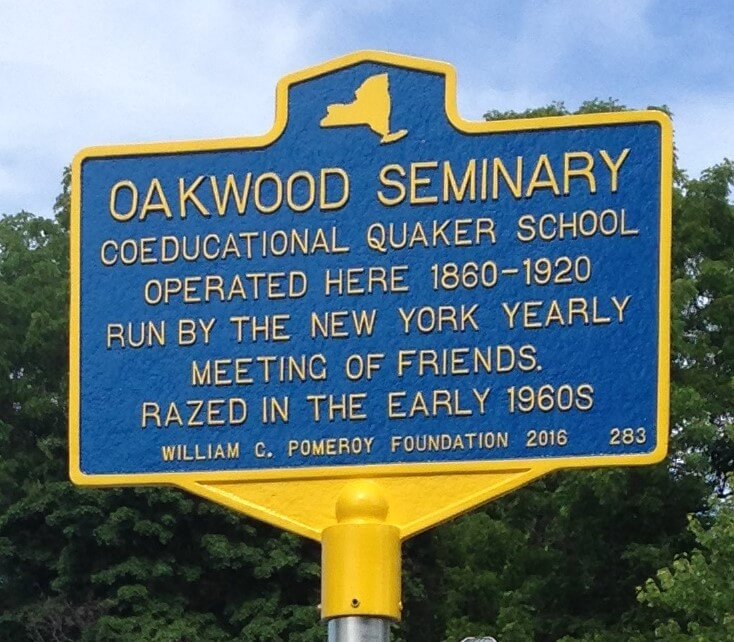 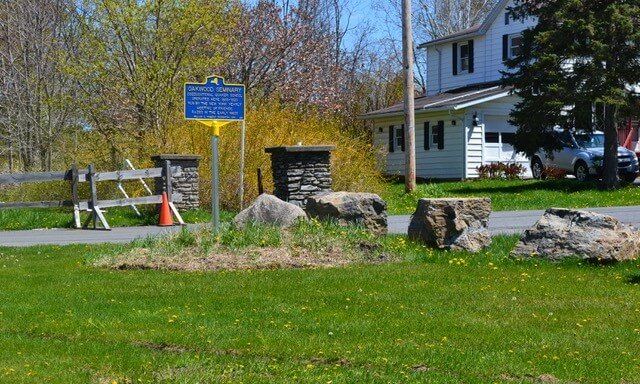