The Hamlet of Port Henry, New York was once the site of a thriving mining industry and the home to the Witherbee and Sherman Iron Ore Company. The Iron Ore Office Building located at 36 Park Place was built circa 1875. As business declined in later years the former company offices were donated to the Town of Moriah in 1959.

The mineral rich land that the Witherbee and Sherman Iron Ore Company would later build their enterprise on was originally petitioned for in 1764 by a man named Joseph Franklin. The petition was accepted in 1765, and, according to the History of Essex County (1885), the grant gave Franklin 200 acres of land that “embraced Cedar Point at Port Henry.” After Franklin, the land was willed and sold to various owners until a survey conducted in the area revealed the various ore beds in the Town of Moriah.

Witherbee and Sherman was one of several companies to become shareholders over the ore beds, and in a paper titled Mineville, New York: A Concrete Industrial Village in the Heart of the Adirondack Forests, Ann-Isabel Friedman states that it was Ore Bed 21 that made the company their money. Sharing the ore bed with another company, Port Henry Iron Ore, Witherbee and Sherman used it to create “a dynasty which would dominate the development of Moriah for the next sixty years.” To stay as one of the preeminent iron ore manufacturers, Witherbee and Sherman made sure to keep up with the advancing technologies, going so far as to experiment with new magnetic separation for a more refined ore and incorporating a functioning chemistry lab to test their samples.

The company began to lose their edge by the 1880s, however, and Friedman states it was due to the heavy reliance they placed on their dominant position. Witherbee and Sherman’s complacency allowed other companies to progress further, and by the time they tried to introduce new technology again, it was too late. By 1925, Andrew Carnegie and other national steel monopolies had over taken the markets by making higher quality steel out of lesser quality ore, while Witherbee and Sherman continued to try and produce a higher quality ore that was not as needed. Witherbee and Sherman had lost all of their power by the mid-1930s and were forced to let another company, Republic Steel Corporation, come and lease their lands. Republic Steel was eventually able to acquire all rights to the land and continued to work the area until the mines were closed in 1971.

When Witherbee and Sherman Iron Ore Company was at its peak, they built an office in Port Henry. Described by the Lakes to Locks PassagePort website as being of French Second Empire style and with “elaborate details [that] attest to the prosperity of the mining magnates at the time,” the office building was meant to showcase the company’s “confidence in the industry’s future.” The office was constructed on Lake Champlain so that it would be near the site used for production and shipping. After it was given to the Town of Moriah in 1959, the building was converted into Town Hall. Not far away on the same property is the old company carriage house, which at one time had been used as an icehouse and laboratory. The building took on new life as the Iron Center Museum and showcases the history of mining in the area. 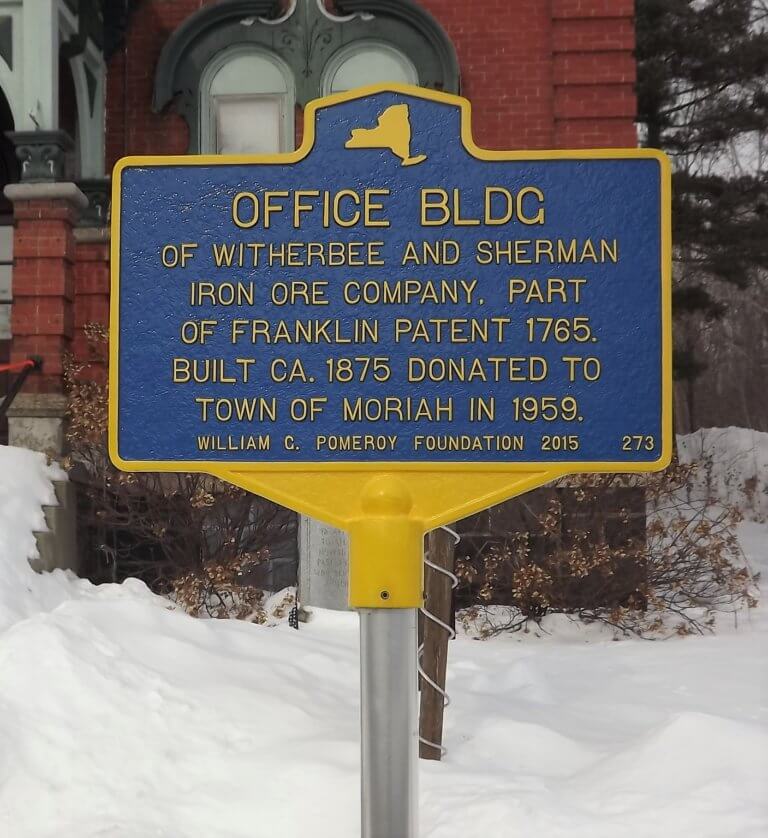 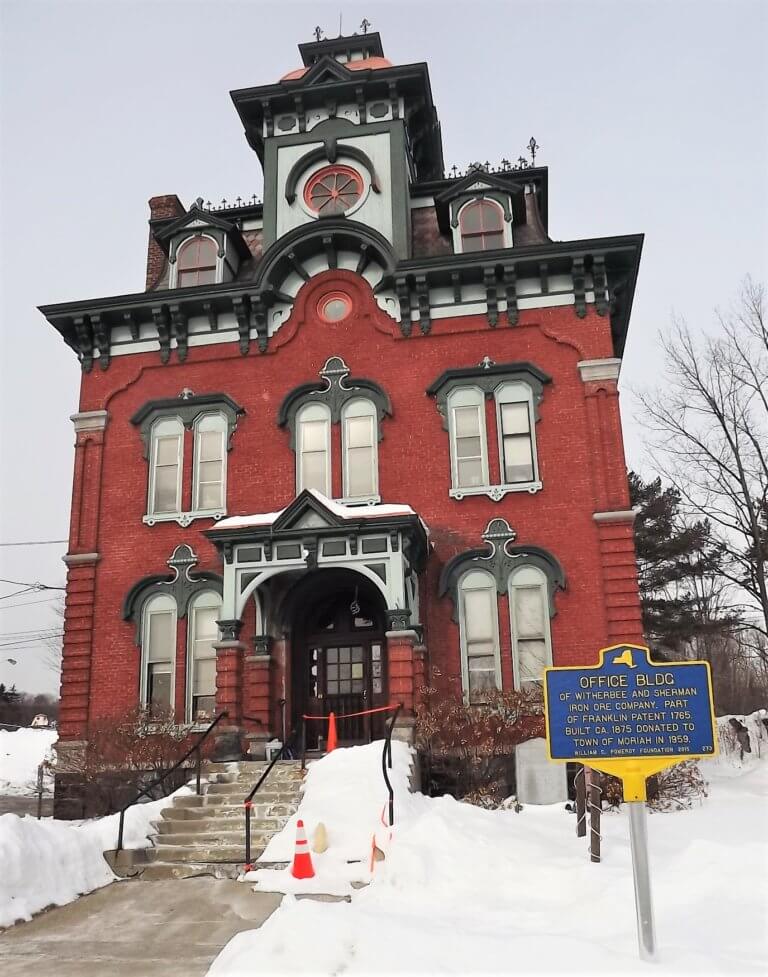