The Old Baptist Cemetery lies between two churches, McGraw United Methodist Church and McGrawville Baptist Church, in the Village of McGraw. According to the McGraw Historical Society, the cemetery was named for its close proximity to the existing Baptist church however there was no affiliation. This was the first community cemetery in McGrawville, now known as McGraw. Its first burial took place in 1820, with the final burial occurring in 1864. A 1986 National Register of Historic Places form for McGraw’s Main Street Historic District remarks that the cemetery is only one acre in size, despite approximately 125 to 150 burials. It also details that graves found in this cemetery were marked by flat sandstone and marble headstones, as was common during the 1850s. Sadly, many of the headstones have been lost over the years with few still standing. 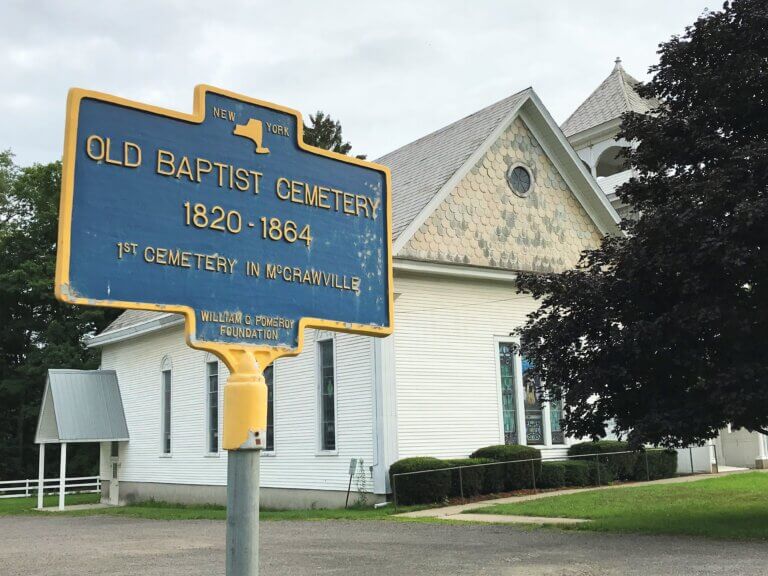