As one of the oldest structures in the hamlet of Spencertown, the old corner store—built in the early 1800s—served the local community from around 1805 until 1951. After the grocery business ended, the local store became the site of Mesick Auctions until 1975.

Small town general stores, according to the Allegany County Historical Society website, “could be found in every community in the 19th and early 20th centuries.” The purpose of these stores was to be able to provide the average resident with goods that they could not grow or produce for themselves. Stores were then stocked with items such as groceries, hardware tools, medicine, shoes, pots and pans, and much more, all of which was made available to the customer to be purchased, bartered for, or taken on credit. A typical trade could consist of a farmer coming to the store with eggs, butter, and other farm produce and leaving with cloth that would be used to make clothes. Majority of the food related goods sold at general stores were bought in bulk, with many popular items including flour, granulated white sugar, and salt. Those three goods were staples in early cooking and were necessary in baking, canning preserves, and curing meats. Along with frequenting the store for shopping, the building was also seen as a gathering place for “men of leisure,” and in the winter, they would typically gather around the potbellied stove to talk about local news and politics.

Community general stores were slowly pushed out of business by a number of factors, and a Time article by Ashley Ross called “The Surprising Way a Supermarket Changed the World” claims that the rise of supermarkets was a driving force. The first modern American supermarket was a Piggly Wiggly opened over 100 years ago, and it changed the way customers would buy their goods. Instead of going to a small local store and handing a clerk a list of items, shoppers at a supermarket went around and picked for themselves what they wanted. Introduced along with idea of self-shopping were baskets to carry to goods, price-marked items to avoid bartering, and employees in uniform. World War II helped push supermarkets even farther ahead small stores because chains could handle losing one or two employees to the fighting, but general stores would often have to close as their workers joined the war. By the 1950s, “the supermarket provide itself to an American phenomenon” that was gradually taking the place of small stores.

The old corner store in Spencertown closed in 1951 before being reopened as an auction house that was operational until 1975. A “Short History of Austerlitz” by Town Historian Tom Moreland states that as of 2018, the building is housing the offices of Johnnie Walker Insurance. 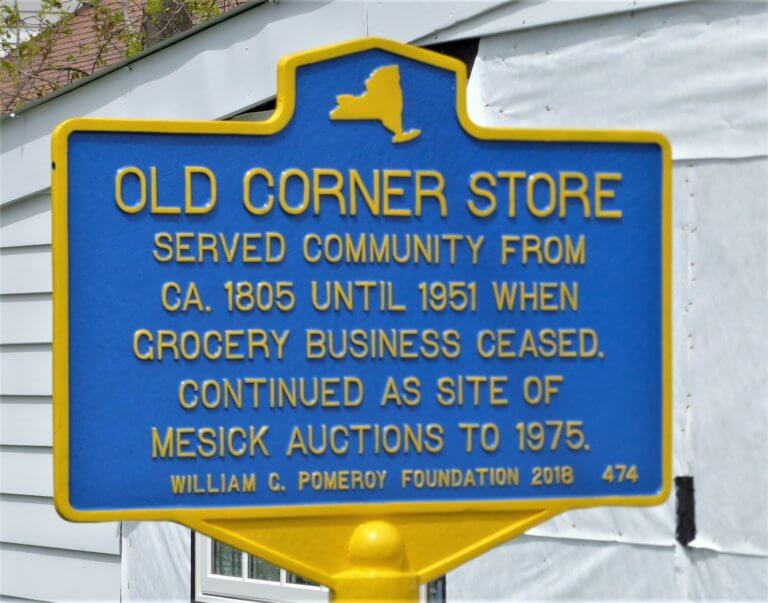 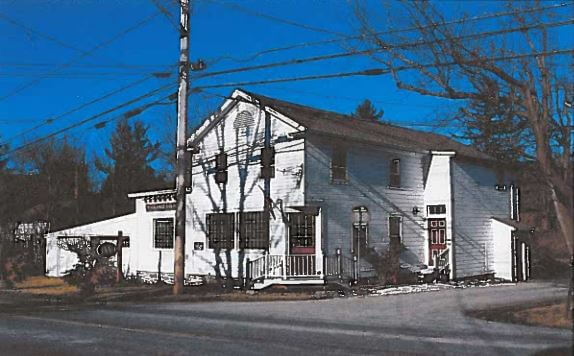