The Old Maple Grove cemetery in Hoosick Falls was established in 1854. Many of the people who helped found and develop the community are interred there.

The Hoosick Falls Cemetery Association was incorporated on May 7, 1854, and was signed by the chairman and secretary of the Association three days later. (Record of Hoosick Falls Cemetery Association, 1854-1958) The History of Rensselaer County, published in 1880, claims that the association was initially formed three years earlier in 1851 and they had purchased 12 acres of land towards the south of the village on the west side of the highway for the purpose of establishing a cemetery. The first president of the association was Erastus Ball, who was also apparently one of the first buried at their new Maple Grove Cemetery in 1855. (History of Rensselaer Co., 1880)

The cemetery remained at a humble scale for many years; its first mausoleum commissioned nearly eighty years after its incorporation in 1932. A family by the name Robertson contracted to build a mausoleum in Maple Grove Cemetery, the first in the town and reportedly expected to be a “most imposing tomb.” (Troy Times, 1932) Almost forty years later in 1973 the Hoosick Falls Cemetery Association invited the public to view its new receiving vault over the Memorial Day weekend. (Time Record, 1973)

The Old Maple Grove Cemetery hosts the graves of many veterans, in particular Civil War veterans. In 2006, the Hoosick Township Historical Society paid for the restoration of the Veterans Circle within the cemetery, cleaning the headstones and placing the graves on new concrete bases. The Civil War military units of all 14 individuals buried in the circle are engraved on the headstones and Memorial Day parades in the town continue the former Decoration Day tradition of stopping to pay respects at the cemetery.

Another prominent resident buried in the cemetery is Lyman Wilder. He was a Civil War veteran, member of many lodges and societies, served in many public positions such as clerk of the Board of Sewer Commissions, as well as a prosperous businessman. (Troy Times, 1906) In addition Wilder was a member of the New York State Assembly in 1854, (History of Rensselaer Co., 1880) and he was also known for his extensive collection of minerals and crystals which he paid to have housed at Williams College for public display. (Dillon & Co.’s Hoosick Directory, 1882-3)

Other prominent persons buried here include Charles A. Cheney, president of Peoples National Bank of Hoosick Falls as well as former trustee and president of the Hoosick Falls Cemetery Association (Troy Times, 1912) and also Harris Smith Hawthorne, a Medal of Honor recipient for his service as a sergeant during the Civil War. (Headstone, Harris Smith Hawthorne, Maple Grove Old Cemetery) 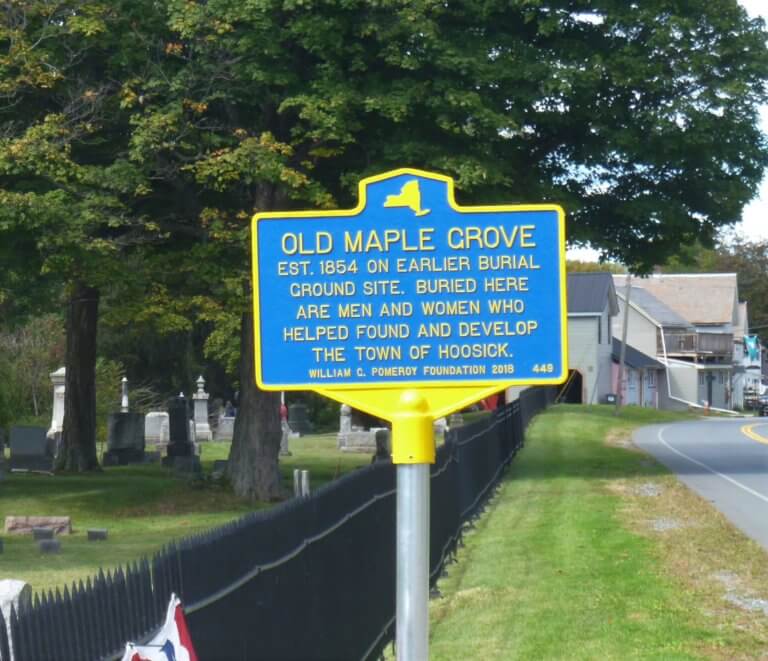 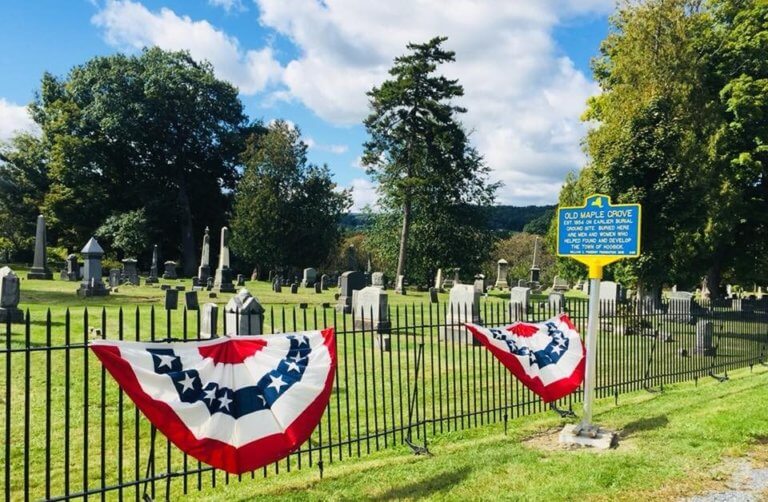