The Floyd family home was home to Founding Father and signer of the Declaration of Independence, William Floyd. The Floyd home remained in the family from 1718 through 1976 until his descendants donated it to Fire Island National Seashore unit of the National Park Service (NPS).

Long Island: A History of Two Great Counties Nassau and Suffolk (1949) notes that the house and a small part of the property in Old Mastic was still in the family and then owned by Mrs. John T. Nichols, a direct descendant of General Floyd.

By the 1930s, Mrs. John T. “Cornelia” Nichols inherited and enlarged the house, expanding the northwest wing to accommodate a modern kitchen and pantry. Cornelia and her family were among the last lineal descendants of Richard Floyd (William’s father) to live in the house. Mrs. John T. Nichols, herself a founding member of the Society for the Preservation of Long Island Antiquities (later Preservation Long Island), in an August 1939 address delivered to the Executive Committee at her ancestral home by her daughter, Mrs. David Weld, read papers on the history of the house. More than 150 members and guests were in attendance.

The NPS describes the house as culturally preserved, featuring 25 furnished rooms which celebrate the continuous occupancy by the family, as well as variety of architectural styles. The National Register nomination form records the architectural significance of original exterior shingles on the attic walls, hardware from all periods, doors, exterior wall treatments and wallpaper fragments. The furnishings, a combination of pieces associated with William Floyd and those of his descendants, “reflect the evolution of family life and household economy in the 19th and 20th centuries, as well as the eighteenth century.” 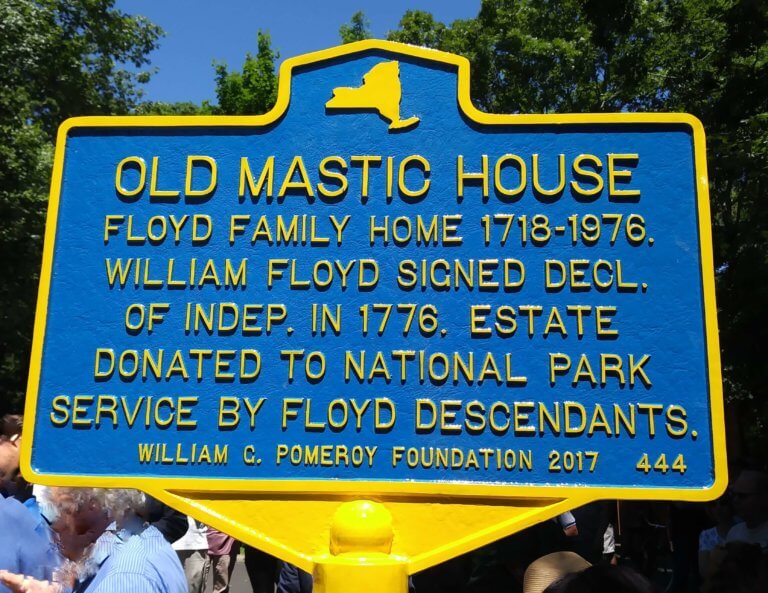