Heading south about a mile away from the Village of Union Springs, along New York State Route 90 is a site where old quarries were once operational for nearly 100 years. Stone from these extensive quarries was shipped by canal and is said to have been used to pave Lower Manhattan, New York City.

Union Springs was named for the extensive number of natural springs in the area which helped drive the local economy. Along with the many waterways in the area, quarries were also prevalent (History of Cayuga County, New York, Elliot Storke, 1879). According to History of Cayuga County, New York, the south quarries were located in a community referred to as Hamburg, named after George Ham, an early merchant in the area. Stone collection from the south quarries initiated in 1836. This business attracted a large number of newcomers to the area (Bicentennial History of Springport and Union Springs, New York, 1976).

Bicentennial History of Springport and Union Springs, New York claims that these quarries “were the largest in the County at this time and ranked with the most extensive in the State, the biggest business in the area and of great financial value to the community.” Stone collected from the quarries was used to build canals, railroads, and bridges. It was said that this stone was used to pave Lower Manhattan, including Wall Street (Bicentennial History of Springport and Union Springs, New York). According to the Fall 2013 issue of Life in the Finger Lakes, many of the 19th century stone structures still standing in the Union Springs area were often built from stone collected from the local quarries. Stone mining in Union Springs slowly came to a close at the beginning of the early 1900s. 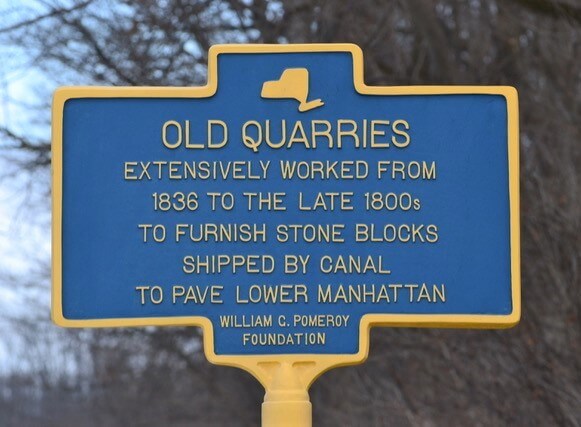 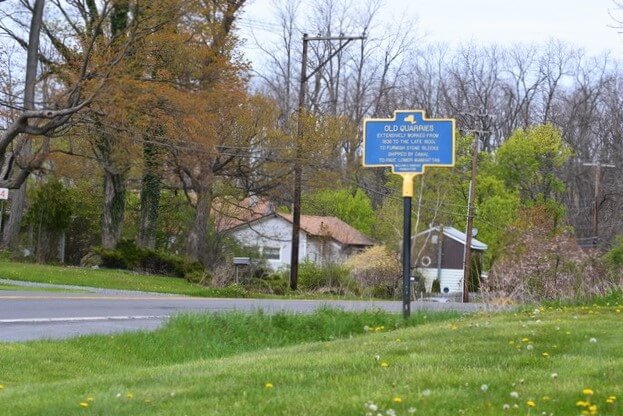