Local lore goes that “Old Shep” fought in the Civil War and was rumored to have been an outlaw with the Jesse James Gang. Shep headed east after taking a bullet during a bank robbery, settling in a shack on the banks of Cazenovia Creek in West Seneca, NY around 1910. He lived as a hermit, but also traveled around as a peddler, ringing a bell to announce his availability to sharpen knives and scissors on a grindstone that he pulled on a cart. He also tended gardens. Despite being a recluse, Old Shep shared his tales. He died in 1933.

Thought to be 80 years old when he arrived to West Seneca, according to Findagrave.com, Old Shep made his home in shacks and tents along Cazenovia Creek, eventually settling into crude lodgings next to the old Leydecker Road covered bridge. Although described as a friendly man, Old Shep was far from outspoken, only making conversation with those he knew well. People he did speak with enjoyed some fascinating tales, which ranged in subject from the Civil War and Wild West to Jesse James.

The February 19, 2019 edition of The Buffalo News, reporting on the demolition of the last covered bridge of Erie County, remembered Old Shep, or William Sheppard, as a hermit who lived in a shed “made out of old piano boxes in the shadow of the bridge”. In addition to the existing lore around sharpening scissors on his grinding wheel, this source adds that he also fixed umbrellas and wandered the streets of South Buffalo and West Seneca to do so.

In 1913, Henry P. Heck was hunting on family land off Leydecker Road. Henry apparently strayed close to Old Shep’s shack, and Shep came out and demanded that Mr. Heck leave immediately. When Henry did not leave fast enough, Old Shep grabbed an ax and threw it at Henry. Fortunately, Old Shep missed and the ax lodged in a tree. Henry retrieved the ax and quickly left the area. Henry P. Heck’s grandchildren still have that ax wielded by Old Shep.

At the time of his death on March 31, 1933, a historic newspaper of the time estimated “The Hermit of Cazenovia Valley” to be anywhere from 104 to 106 years of age. Findagrave.com adds that Old Shep was killed when his shack caught fire, and having no next-of-kin, a pauper’s grave awaited him. Through the generosity of the Lang Family, however, Old Shep was given a proper funeral. He is buried in Section L of St. Matthew’s Cemetery. Interestingly, the birth and death dates which appear on his marker inscription “(1851-1933)”, only indicate him to have been 82 years of age.

In 2019, The Buffalo News article mentioned that the Historical Society unveiled a 1/6th scale model of the Leydecker covered bridge, complete with images of Old Shep stationed on the southern abutment. 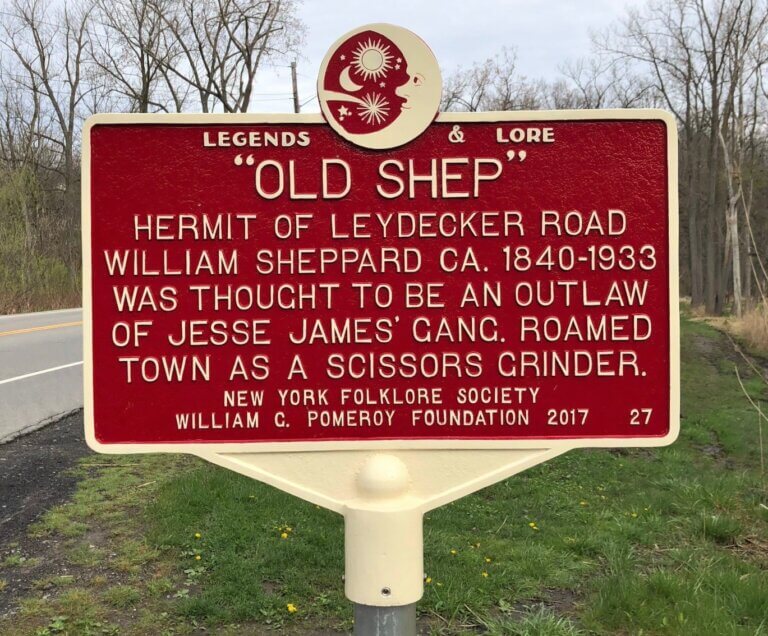 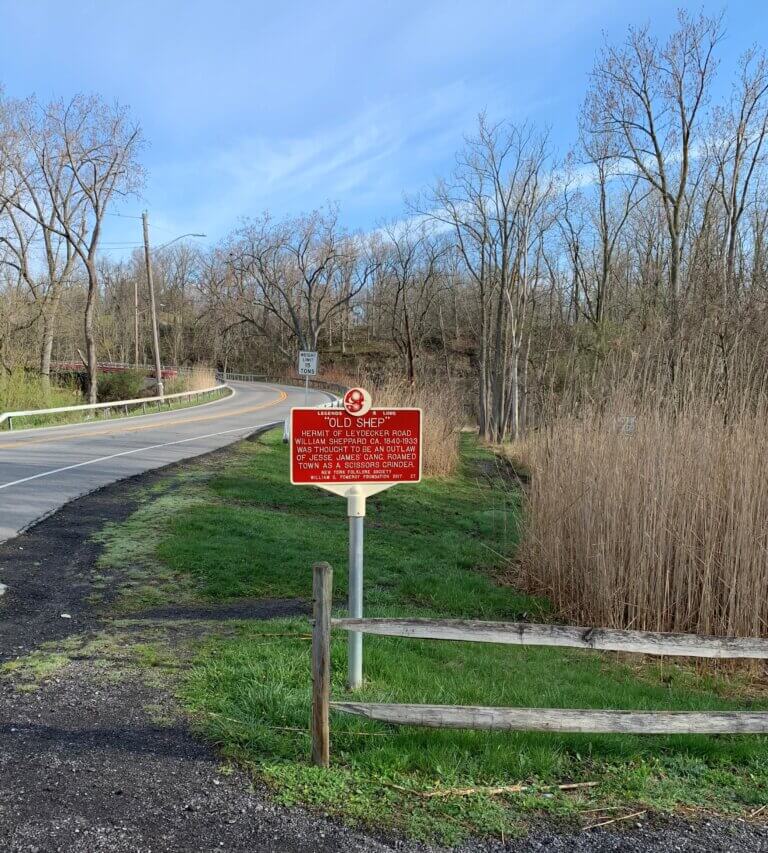