The Town of Sidney, New York is bordered on the north side by the Susquehanna River and New York Highway 7. Over 200 years ago, this site was once the location of an Iroquois (Haudenosaunee) town known as Unadilla. It was burned by the Continental Army under the command of Colonel William Butler, during what is known as the Sullivan-Clinton Campaign.

During the American Revolution, many indigenous populations were divided as to who to ally themselves with during the war: the British or the Patriots. Some tribes chose a side while others tried to remain neutral. One example of the former was Joseph Brant, from the Mohawk tribe. With the outbreak of the war, he along with other Mohawks sided with the British and Loyalists. The British appointed Brant the rank of Captain (Joseph Brant website, 2019).

Originally old Unadilla was a village populated by white colonists until 1777, when Brant arrived (American Revolution: The Definitive Encyclopedia and Document Collection, ed. Spencer C. Tucker, 2018). According to this encyclopedia, Brant “demanded that the townspeople hand over to him supplies and livestock” threatening violence if they refused. Naturally, this caused many colonists to take their chances elsewhere and they abandoned the town. Many of Brant’s Mohawk companions and Loyalists chose to remain in Unadilla. The American Revolution: The Definitive Encyclopedia and Document Collection describes how Brant utilized Unadilla “as a base of operations for attack against rural New York’s Patriot population[s].” This is evidenced by Brant’s attack against German Flatts on September 17, 1778. The attack destroyed the town, left three people dead and 700 residents homeless. This fateful event served as the catalyst for Lieutenant Colonel William Butler’s raid on Unadilla later that year.

Following this incident, Butler wrote a letter to George Washington dated September 27, 1778 (The Papers of George Washington, vol. 17., 2008). In this letter, Butler explained that the German Flatts were burned by the enemy and that he had decided to, “detach 150 of my best troops to destroy the party at Unundilla & destroy that Settlement which will throw them a greater distance off & prevent them from being so handy in annoying the Frontiers.” Butler documented this journey in his journal as well as sent an excerpt to Governor George Clinton on October 28, 1778 (Public Papers of George Clinton, First Governor of New York, vol. IV, 1900). According to the excerpt, Butler began the trek to Unadilla from Schoharie in October 1778. On October 8, Butler and his troops attacked the town at night to avoid ambush but discovered it abandoned. Butler wrote in his journal: “the Enemy having that day left the Town, in the greatest Confusion, & at least 2000 Bush’ls of Corn, a Number of Horses, Cattle, Poultry, their Dogs, household furniture, &c. It was the finest Indian Town I ever saw; on both side the River.” Within the next few days, Butler, “order’d a large Number of fires to be made” and burned the majority of the houses, farmland and mills within Unadilla (Public Papers of George Clinton, First Governor of New York, vol. IV, 1900). 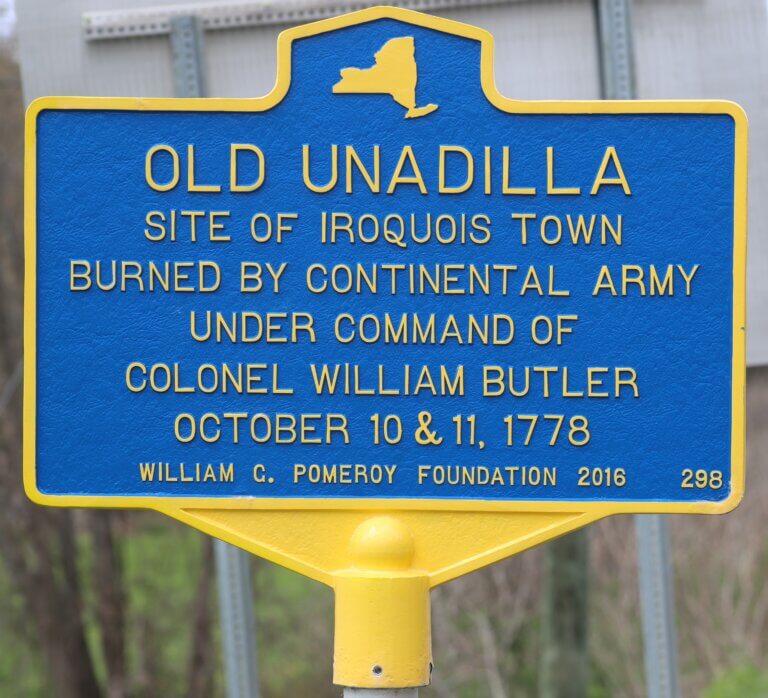 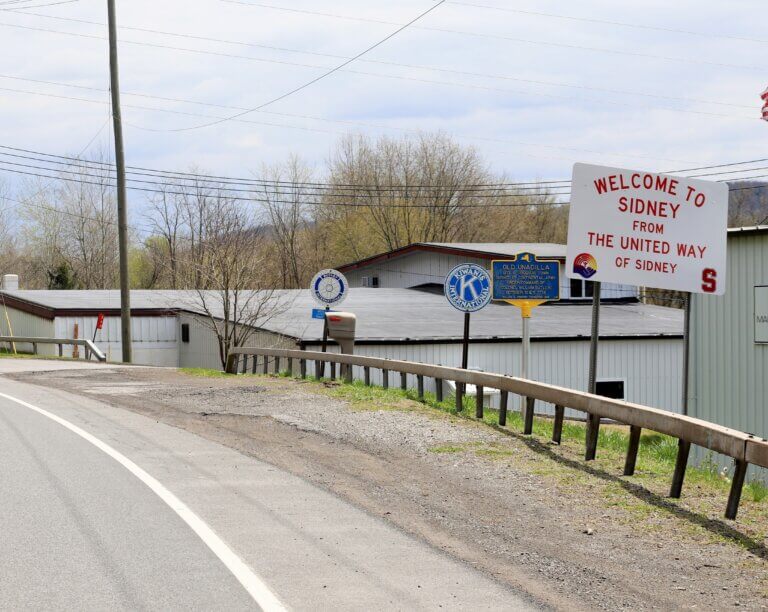