The property for the East Wild Glen schoolhouse was purchased for a nominal one dollar by School District #7 of Thompson, NY in 1878. In 1910, it was reported that an outbreak of scarlet fever had forced the school to close that year. (Republican Watchman, 1910) The property would later be sold to private owners by Central School District #1 of Thompson in 1965, after the school had closed. (Indenture, Sullivan County Clerk’s Office, 1965) 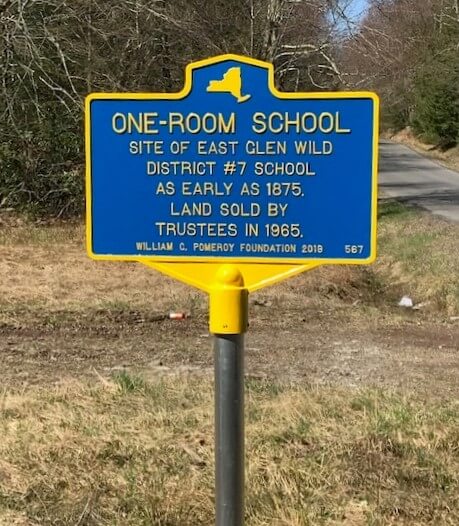