The site for this schoolhouse was originally sold for $100 by local owners in 1917 to Common School District #8 of Thompson, NY, erroneously referred to as the “Board of Education of Thompson” in the Sullivan County deed. After the school had closed, the trustees of the former school district sold the building to the Italian American Club of Sullivan County for a nominal one dollar in 1961. This later indenture clarified the error from the original deed. 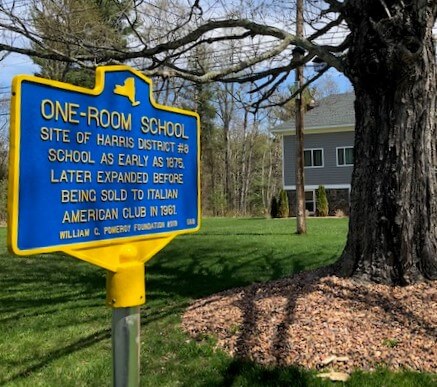