Built from local stone said to have been hauled to the site by local farmers, this schoolhouse was used to educate the children of Owasco District 1 for 116 years until shutting its doors in 1950.

During the late 1700s, Baptist Four Corners, now part of modern-day Owasco, developed into a bustling community. As a result, according to The Citizen-Advertiser from October 19, 1974, Baptist Four Corners had its own school and school district. Initially, the District No. 1 school consisted of a simple log cabin built prior to the 1830s. In the early 1830s, as recounted by Ruth Baumgartner, a former student and teacher at the school “the older residents of the community wanted a new permanent and substantial schoolhouse…so they voted for a stone building.” According to District No. 1 school records, “it was decided ‘that the site for the new school building be fixed on land owned by John Stoner east from the old school house” (The Citizen-Advertiser). A deed from the Cayuga County Clerk’s Office dating November 11, 1833 reveals that John Stoner sold land to three of the school trustees. The Citizen-Advertiser explains that due to stone’s high cost and difficulty to mine/transport, the town offered reduced taxes to any families who provided limestone for the school. Wagons of stone were soon delivered and the school was completed around the fall of 1834 (Ruth Baumgartner Memoir, 21 Mar 1983).

The Citizen-Advertiser reported that in 1917 there were approximately 32 students attending the school. Later on, much to the delight of its students and faculty, the schoolhouse was modernized with large glass windows, electric lights and indoor plumbing in 1934. According to The Citizen-Advertiser, “in May of 1950, the residents of the district voted to centralize with Skaneateles and in April of the following year the school building was sold, ending its 116 years of use.”

As of 2019, the stone school house still stood at Baptist Four Corners and was considered a prized historic site in the Town of Owasco. 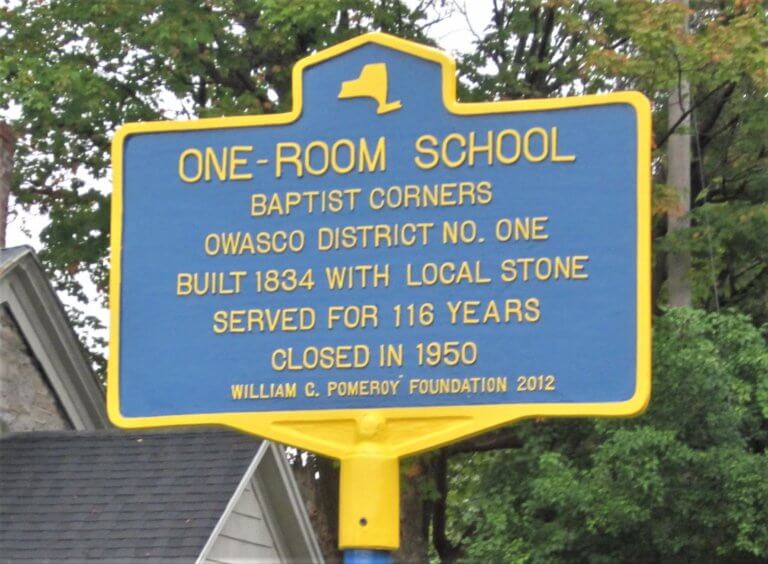 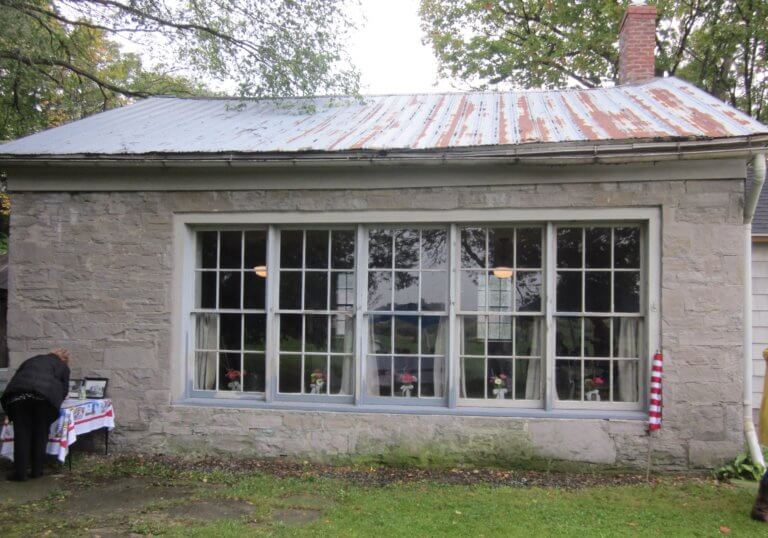