The original lease for School District #18 of Thompson, Columbia Hill, dates from 1838. The property was finally purchased by School District #17 of Thompson on November 24, 1903 from Howard Durland and his wife for a nominal $25. The deed also contained a clause stipulating that the property would revert to its original owners if the school ceased to operate. One former student of the school stated that the last teacher was Everesta Rourke, and the school closed in 1941. The property was later sold on January 7, 1957 to another owner by Harry and Raymond Durland, who inherited it from Howard Durland after it had reverted to him when the school closed, according to a Sullivan County deed. 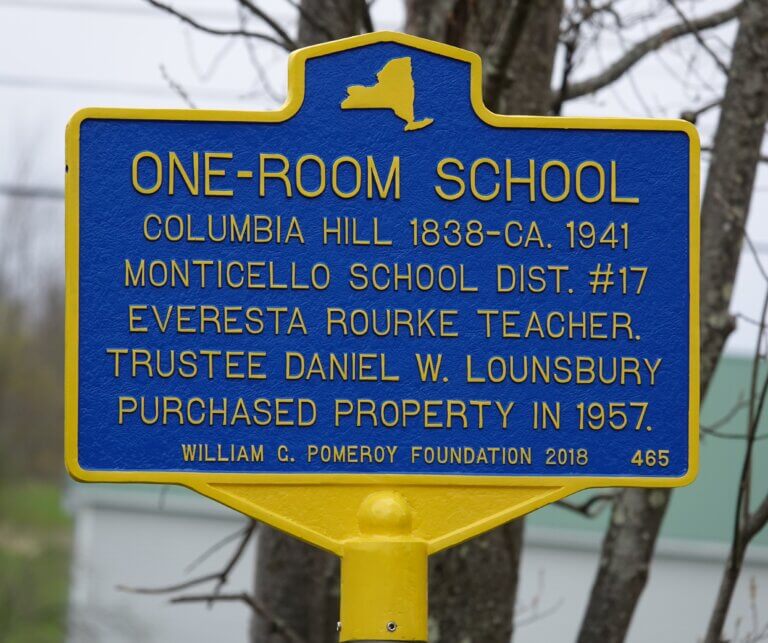 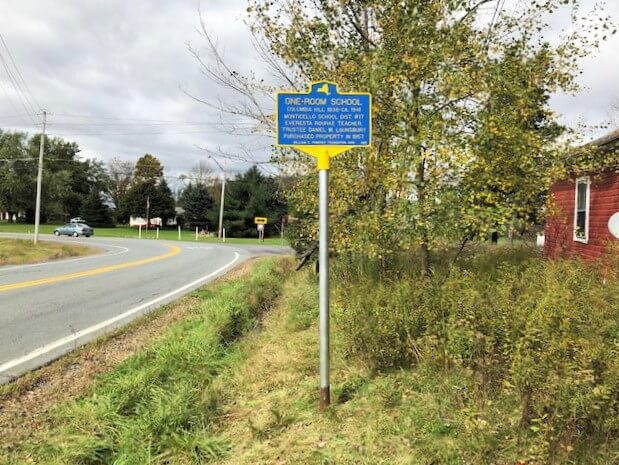