The Maplewood one room schoolhouse was in use from as early as 1848. That year, trustees of School District #6 of Thompson, NY bought the site for use as school, apparently to replace another previous schoolhouse. The Maplewood School closed in 1947, with its students to attend the Monticello High school the following year. Its last teacher was Alice Kitz. (Republican Watchman, 1947)

Other teachers included Carrie Trowbridge, who took over the school in 1909 after the previous instructor, Nellie Vaughn resigned to pursue another occupation. (Republican Watchman, 1909) One former trustee of the school, Sanford Ostrom, later ran for local District Attorney in 1926. (Republican Watchman, 1926) Sullivan County Judge George L. Cooke, who died in 1959, was another former teacher at the Maplewood and Kiamesha schools. (Proceedings, Village of Monticello Court House, 1959)

The school’s property was sold in 1956 by the trustees of School District #6 to a realty company for a nominal one dollar, and the Sullivan County deed notes that the school had been closed for many years and the property had fallen into disrepair. 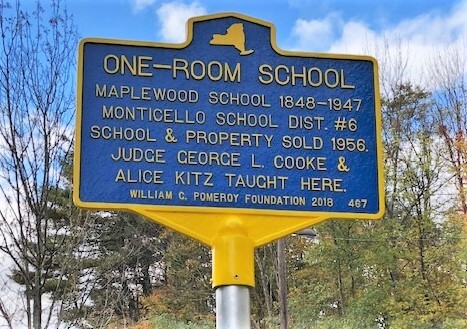 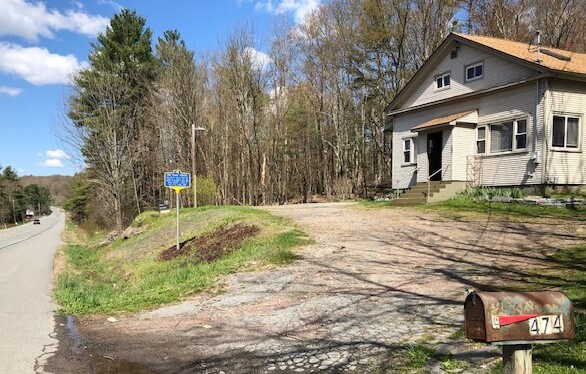