In 1854, the trustees of the Town of Thompson’s School District #18 purchased the property on which Southwoods School had already stood for some time, according to a Sullivan County Deed. According to a former student, Southwoods School closed in 1943 and its last teacher was Minerva Litts. The property was later sold in 1957 by the trustees of the former school district to private individuals, and the land again changed hands in 1983, according to deeds from the Sullivan County Clerk’s Office. 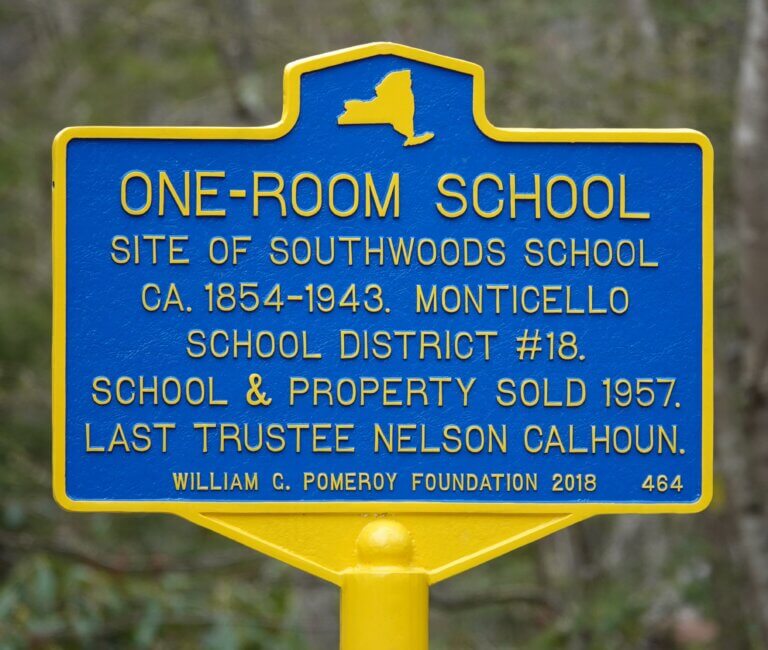