The Sackett Lake one room school was established as early as 1857, when the trustees of the Joint Common School District of Thompson and Forestburgh bought the land of a pre-existing schoolhouse for one dollar, according to the Sullivan County Deed.

A former student who attended the school in the 1930s reported that the school closed in 1943, with Dorothy Skinner being its last teacher. A deed from 1965 shows that the Central School District #1 later sold the land that year to Ace Hunting Club, Inc. for $50. 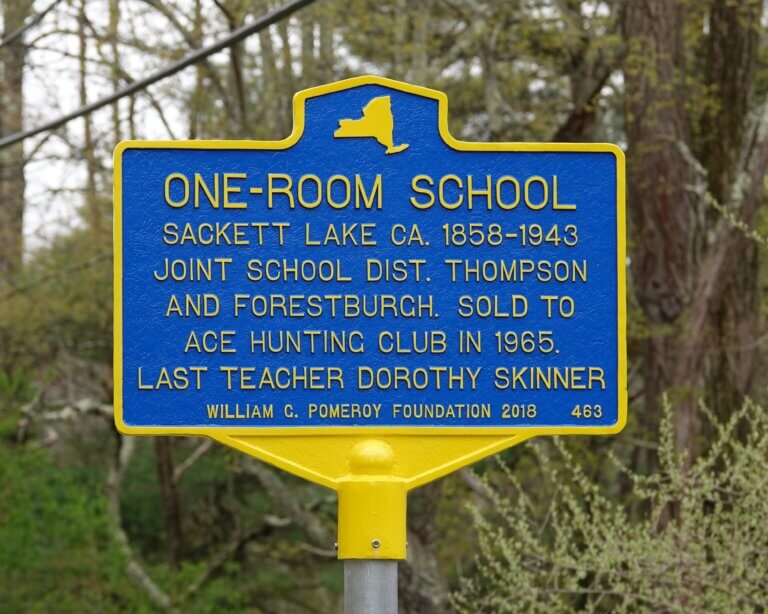 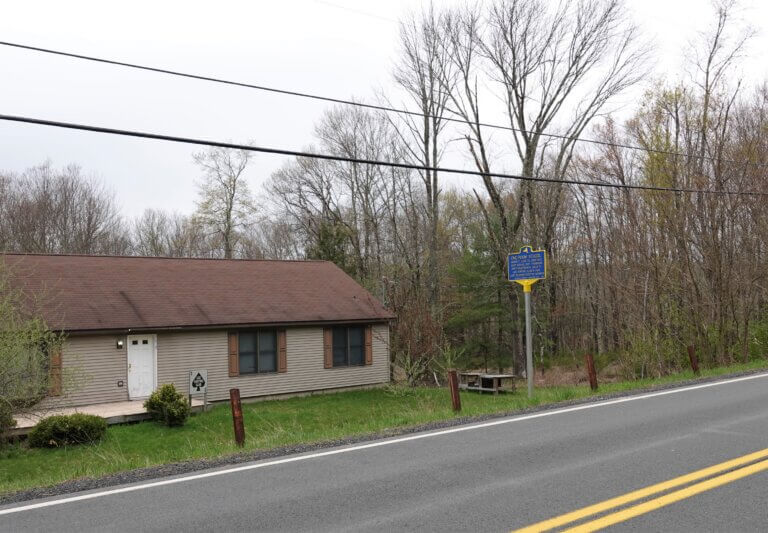