The Cayuga-Seneca Canal was constructed in the Town of Montezuma to connect Cayuga and Seneca lakes with the newly constructed Erie Canal. Located at this junction are the remains of the crossover bridge abutment. The bridge allowed drivers and teams to cross the Erie Canal to make their way down the Cayuga-Seneca Canal. On the north side of the canals stood the Exchange Hotel, built circa 1830, said to be the site of early town board meetings and elections. The hotel burned to the ground on June 23, 1918.

During the early 1800s, many people sought an efficient way to transport goods and people from east to west. At this time, however, there was no quick or direct route aside from traveling overland or by river. The creation of the Erie Canal in 1825 drastically changed this. The original canal lacked a connection to the Finger Lakes, located in central New York State. Local businessmen saw the value in connector canal which would then bring commerce and other opportunities to two of the largest Finger Lakes- Seneca Lake and Cayuga Lake. In the mid-1820s construction began to connect the Erie Canal through Montezuma with the two lakes. The new Cayuga-Seneca Canal opened in 1828. It was approximately 20 miles long, a combination of dug canal and river navigation.

With this new addition, Montezuma experienced an influx of businesses along with a rising population. The Exchange Hotel was established to provide accommodations to canal travelers while their boats were being repaired or loaded/unloaded. The town built a bridge that enabled people, drivers and teams to cross from one side of the waterway to the other. Named the Crossover Bridge, it stood right next to the Exchange Hotel as seen in the Town of Montezuma’s Historic Photo Gallery.

Multiple issues with the canal system, such as inconsistent water levels and wooden locks, resulted in the development of a new barge canal system. The new system was completed around 1917 and only utilized the natural river ways, not artificial canals as the prior system did. “The manmade canals that flowed through the middle of town were filled in,” and slowly, businesses that lined the canal banks closed or demolished (Montezuma Historical Society website, 2019). The Exchange Hotel and the Crossover Bridge were among the structures razed.

Around 2010, the town bought the piece of land where the hotel and bridge once stood for to use as a community park and to educate individuals about the canal history (Montezuma Historical Society website). As of 2019, sections of the original Seneca-Cayuga Canal remained in use. 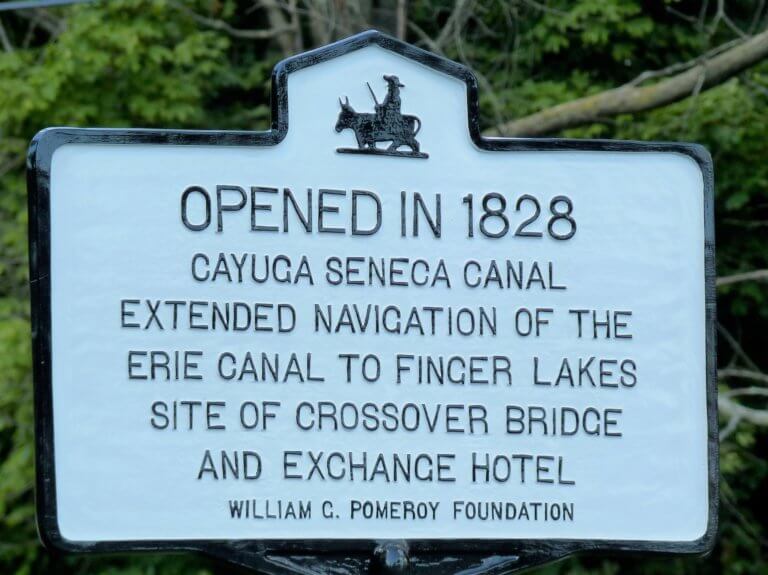 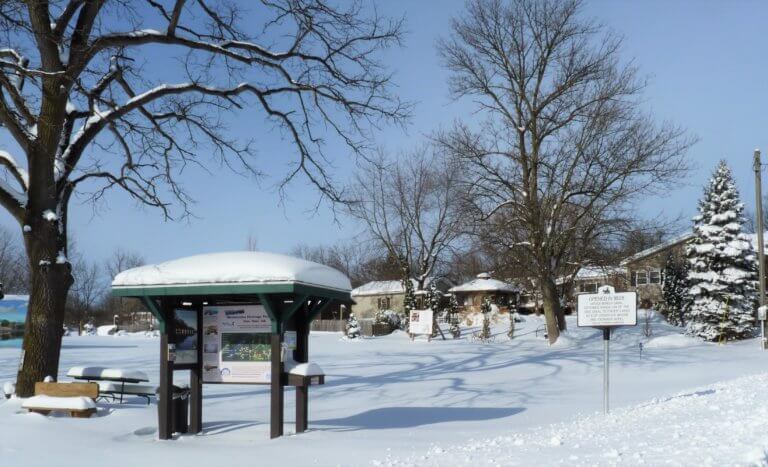