With burials as early as 1801, Adams Rural Cemetery is the final resting place of twelve American Revolutionary War veterans and two U.S. Congressmen: Thomas Cotton Chittenden (1788-1866) who served from two terms in office and William Augustus Gilbert (1815-1875) who served one term. 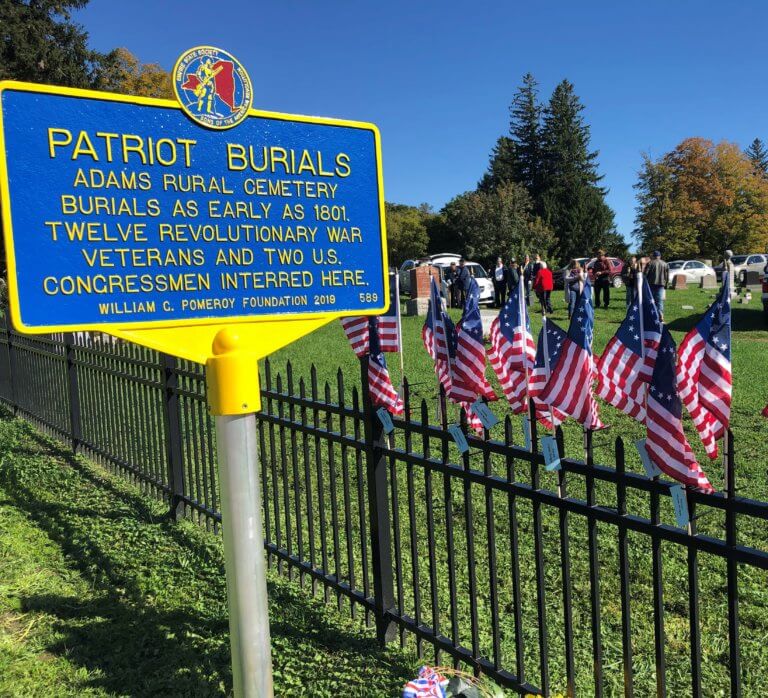