With burials as early as 1810, Union Cemetery is the final resting place of the community’s early residents. Among those buried here are two Revolutionary War veterans: Asa Maxon and Israel Warriner. 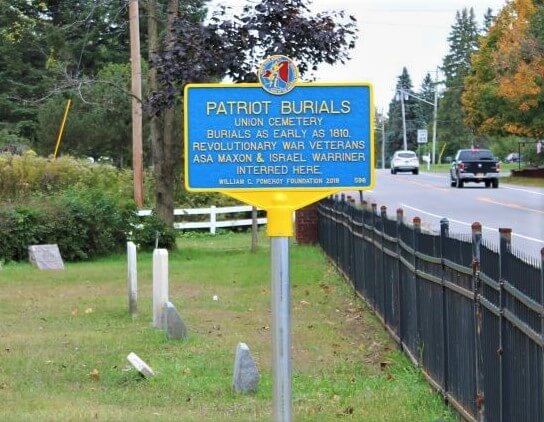