Old Evans Mills Cemetery, located on the edge of town, is an early burial ground with burials starting circa 1816. Twelve Revolutionary War veterans are buried here. 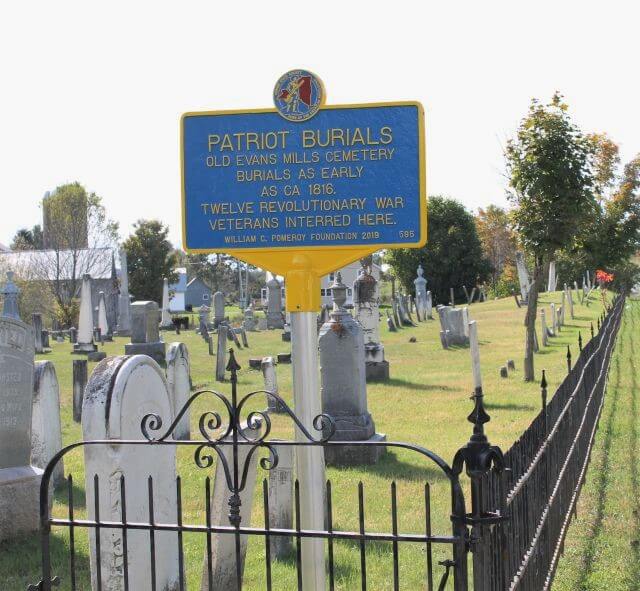