This was the site of Richard Floyd IV’s estate, Pattersquas, from 1760 until 1784. The mansion house served as a private residence until 1947 when the house was converted into the Bayview Hospital, which remained in operation for several years until it eventually closed in 1982. In 1986 the house was destroyed by a fire.

William Wallace Tooker’s Indian Place-Names on Long Island (1911) traces the origins of the name pattersquas back to 1670 when it was described as a “tract of land and meadows”. Attributing it to an Indian who lived on Mastic at this time named Paterquam, Tooker observes that it may also have been a personal name: “[Paterquam] appears on Smith’s deed to the Indians in 1700.” Interestingly, the etymology of a similar name in Connecticut is thought to be “from petuquis, ‘round’; [or] … petuqu-as ‘a small round place,’ ‘hill,’ ‘wigwam,’ or ‘sweat house.’” A variant is pattersquash from 1790, which referred to a small island opposite a creek of the same name at Mastic Neck in the Town of Brookhaven.

The Last Will and testament of Richard Floyd III bequeaths his eldest son Richard Floyd IV “…all that my flock and farm of land called Pattersquas wherein he now dwells.” Mastic Peninsula Historical Society’s local history timeline notes the 1761 establishment of the Pattersquas property consisted of 3000 acres. Although his wife Elizabeth, son Benjamin, and daughter Mary Floyd are named in the document as well, it was a common convention of the time for the largest share of the estate to pass to the eldest male son. Later, Deed Book documents of the Division of the Land Office of the Department of State, Albany, record the purchase of Benjamin Floyd from Richard Floyd on August 5, 1784 of the 600-acres farm in the Township of Brookhaven, Suffolk County. The £3.112 purchase also included “…half of a tract of woodland… the quantity not ascertained.”

A  February 27, 1986 Newsday article about the fire interviewed former residents. Patrick Messinetti and Adrienne Dionigio, who grew up in the historic house with five or six other families fondly remember it as a “child’s paradise.” There was a “big, tremendous room with a fireplace” Dionigio recalled. Messinetti’s niece also remembered other agricultural outbuildings such as a barn and an ice house. Although it wasn’t clear whether they dated back to the mansion house, she recollected the detail of exploring the attic where she found shackles that had been used to secure hands and feet. Since the structure would later serve as a hospital, the shackles are an interesting allusion to restraint. Interestingly, in the Last Will document Richard Floyd IV also bequeaths “all my negro and Indian servants belonging to the premises” to his sons. While they are not specified as slaves and census records do not cover the pre-Revolutionary period, the institution of slavery was already well established on Long Island at this time. Moreover, the Floyd family was among the prominent set of Long Island’s founding fathers and largest landowners. The Mastic Peninsula Historical Society timeline notes that Nicoll Floyd, father of William Floyd, had developed the land around their ancestral estate, the Old Mastic House, into a prosperous plantation using both enslaved and free laborers to raise grain, flax, sheep, and cattle. 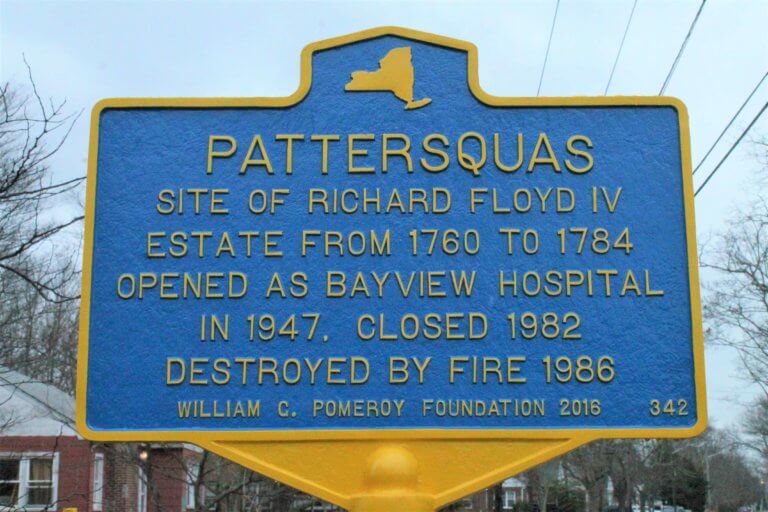 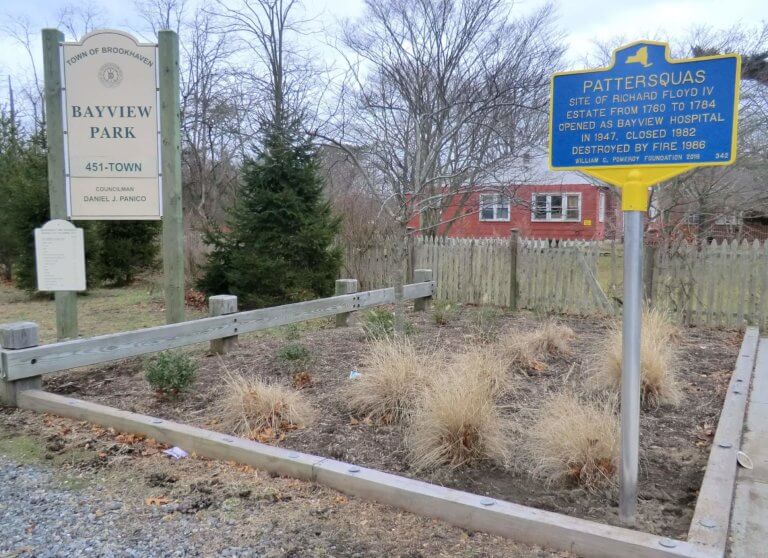