The Walworth family home, known as Pine Grove, was the home of Ellen Hardin Walworth, one of four women who founded the Daughters of the American Revolution (DAR) in 1890.

City historian Evelyn Britten wrote in 1960 that the Pine Grove house was originally built in 1815 by Judge Henry Walton. In 1823 the future chancellor of New York, Reuben Hyde Walworth, was appointed circuit judge of the Fourth Judicial District of New York State and moved to Saratoga Springs. He bought the Pine Grove homestead and members of his family would live there into the next century. (Britten, 1960)

Sarah Hardin, widow of Colonel John J. Hardin who died in the American war against Mexico, lived in Jacksonville, Illinois and her children, including Ellen Hardin Walworth, were born there. She remarried to Chancellor Walworth in 1851 and moved to Pine Grove with her children to live with her new husband. The next year Ellen married the youngest of her new father in law’s sons, Mansfield Tracy Walworth, and they soon had a number of children. (Saratogian, 1912) This marked the beginning of a tragic chapter in the life of Ellen Hardin Walworth and her family.

Mansfield Walworth, an unsuccessful novelist, regularly abused Ellen both physically and verbally and also threatened their children. The late Chancellor Walworth, displeased with his son’s domestic violence, disinherited him and left his would-be inheritance in a trust for Ellen and her children. This apparently further aggravated his threats and abuse until 1870 when Ellen left him and took their children to live in Pine Grove while Mansfield moved to New York City to pursue his writing career. However he never ceased sending death threats by letter to Ellen and her children. Their son, Frank H. Walworth intercepted most of these to protect his mother whom he had seen abused and threatened since childhood. In 1873, Frank resolved to demand that his father cease threatening Ellen. In the process of meeting Mansfield at a hotel in New York City to confront him, Frank shot his father four times, killing him. He immediately turned himself in and the subsequent trial sensationalized the newspapers. Frank Walworth was sentenced to life imprisonment for second-degree murder on July 5, 1873, but was pardoned by Governor Robinson four years later on August 1, 1877. (New York Times, 1877) His eventual release, on the grounds of insanity caused by epileptic seizures as well as persistent persecution and provocation by Mansfield (New York Times, 1877), was partly due to the efforts of his mother, who graduated from New York University’s Woman’s law class during the intervening years (Mechanicville Saturday Mercury, 1915) and petitioned for her son to be pardoned.

After leaving her husband in 1870, Ellen Walworth opened a day and boarding school at Pine Grove (Daily Saratogian, 1871). She started to school partly to facilitate her own children’s education as well as to make a living after her husband’s death, and she expanded the homestead to accommodate it. (Saratogian, 1912) While the controversy surrounding her son’s trial drew the press’s attention most at the time, Ellen is primarily remembered as a founder of the Daughters of the American Revolution and for her legacy in promoting historical preservation. After her husband’s death she focused her efforts on a wide assortment of clubs and educational associations, from the Shakespeare Club (Daily Saratogian, 1881) and the Society of Decorative Art (Daily Saratogian, 1878), both in which she served as president, to the Saratoga Monument Association where she was a longtime trustee. (Mechanicville, 1913) Her deep interest in the Battle of Saratoga, where one of her ancestors fought, compelled her to write a monograph on the subject which was published in 1877. (Daily Saratogian, 1877) She also edited a history of Saratoga County published in 1899 (Mechanicville, 1899) and was instrumental to the erection of the Saratoga Battle monument in Schuylerville, New York. (Mechanicville, 1913; Ibid 1915) Her lifelong commitment to the commemoration and preservation of the Saratoga battleground bore fruit after her death when the site was turned into a national park, due in part to her efforts. (Battle of Saratoga, 1977)

At the age of 82, Ellen Hardin Walworth died on June 22, 1915 in a Washington D.C. hospital after suffering an illness for several months. Her remains were taken to Saratoga Springs where they were buried at Greenridge Cemetery. (Headstone, Greenridge Cemetery) 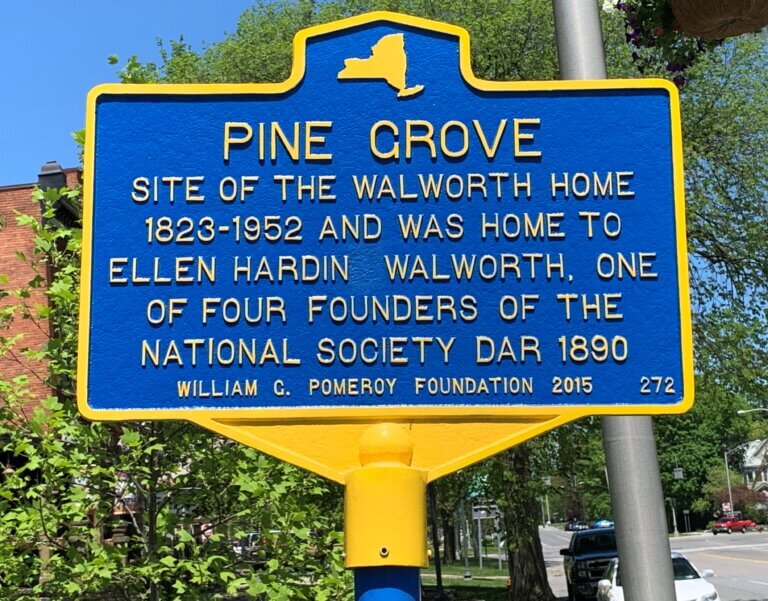 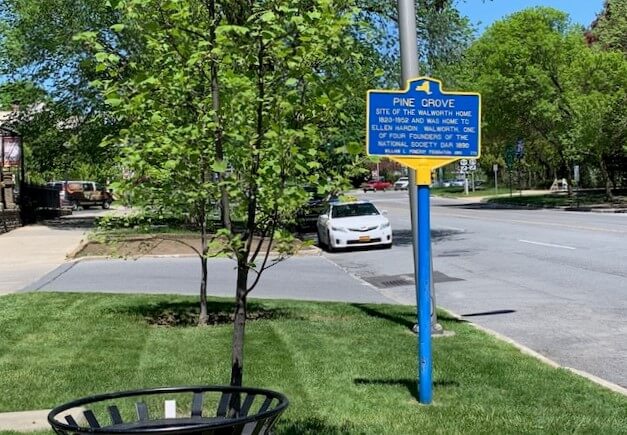 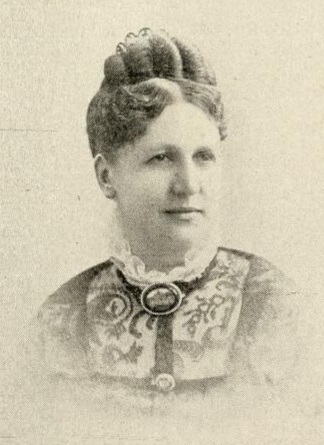