Pine Grove Cemetery is an early burial ground with gravestones dating back to the 1770s. It is the final resting place of veterans, including those from the Revolutionary War and Civil War. The cemetery was incorporated in 1848 and some stones were relocated from the Presbyterian Church in 1878.

The cemetery association was incorporated on March 29, 1848 according to the provisions of “An Act Authorizing the Incorporation of Rural Cemetery Associations” that was passed by the New York State Legislature in April of the previous year. (Laws of the State of New-York, 1847) Named the Pine Grove Cemetery Association, it had six trustees alongside its first chairman, Henry T. Hawley, and James Richey, the first secretary. (Book of Miscellaneous Records, Saratoga County) They officially bought the property of the cemetery a few days later on April 3, 1848. (Indenture, Saratoga County, 1848)

A number of prominent early citizens can be found buried in the Pine Grove Cemetery. John Taylor Esq. (1749 to 1829) was the Charlton Town Supervisor between 1794 and 1798. He was also one of the early settlers of the town and reportedly built the first grist mill in town. (Durkee, 1879)

Patrick Bolin (1839-1865) was called into service on November 23, 1861 at the age of 22, and he served in the 77th Regiment of New York (Foot) Volunteers under Colonel B. McKean. (Record of Commissioned Officers…) Many other Civil War veterans are buried in the cemetery, including John Cavert (Register of Enlistments…), brothers George C. and William E. Wilder, and others. (Durkee, 1879)

Veterans of the Second World War can be found in the cemetery as well. Douglas Heckeler, for example, enlisted in the US Navy on January 14, 1946 and was released on April 22, 1947. He died in 1994 and was buried at Pine Grove. (Veterans Affairs BIRLS Death File, Douglas Heckeler) Likewise, Korean War veterans such as Wesley Bailiff, who served from August of 1950 to August 1953, are also found at the cemetery. (Veterans Affairs BIRLS Death File, Wesley Bailiff) 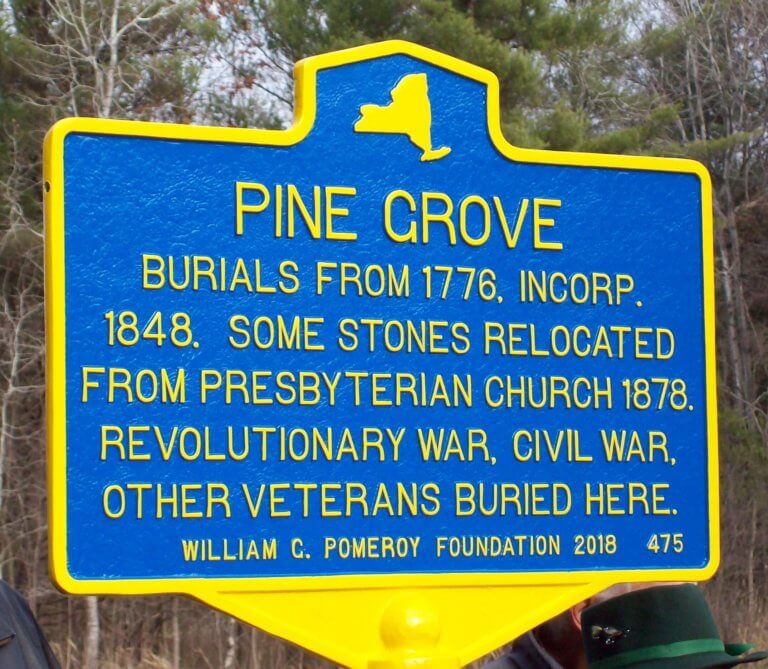 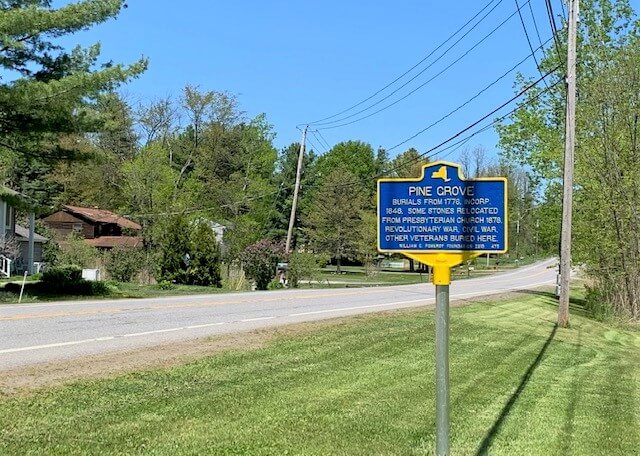