Legend has it that in 1870 a middle-aged farmer Ezra Droff married young Zella Droff, aged approximately 18. Not allowed to participate in dances, picnics & socials, Zella would wait until her husband fell asleep in order to slip away and walk from Pink Hill to dances held at the Pitcher Hotel. Ezra Droff discovered her missing one night after waking in bed alone. He waited for her to return with a butcher knife and then murdered her. She was laid to rest in the burying ground just up the road. Nothing more is known about Ezra Droff or his fate after the murder other than the home was abandoned with all its contents left behind.

Years later a traveling salesman came to stay at the Pitcher hotel. He drove through the nearby hills and saw a beautiful girl walking alongside the road. He stopped and spoke with her, learning she was on her way to a dance at his hotel. He gave her a ride. Once at the hotel, she asked him to dance. He took a tortoise shell comb from his case and she tucked it into her hair. At the end of the night he drove her back to the same spot where they first met on the side of the road, at her insistence that she could walk the rest of the way home. The next day the salesman drove out beyond where he last saw the girl and found only an old abandoned house and ancient graveyard. Upon his return to the hotel where the clerk recounted the Droff murder story. Unconvinced, the man went back to the hill road cemetery and found Zella’s gravestone, atop which laid a tortoise shell comb. 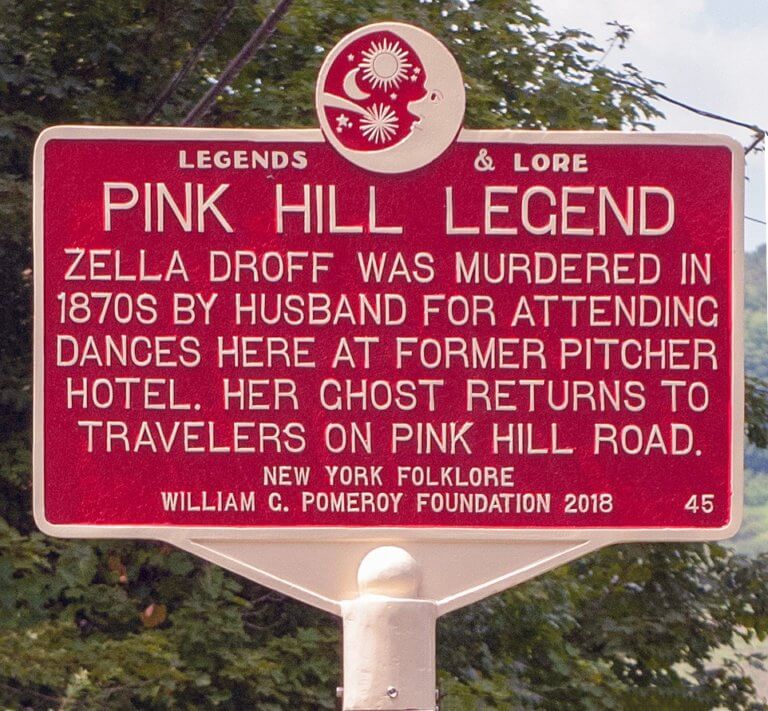 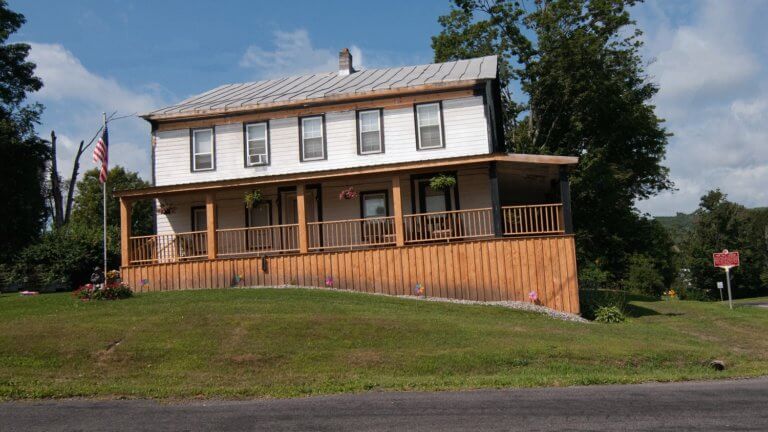