Local businessman and founder of the Copake Iron Works, Lemuel Pomeroy Jr. constructed three houses in the Copake Falls area during the 1850s. Over the years, two of these homes were razed. Today the sole remaining “Pomeroy Home,” known as the Chesbrough House, was acquired by Taconic State Park in 1928. It serves as the Park Superintendent’s home.

The Copake Iron Works was first established in 1845 by Lemuel Pomeroy and his sons. Moving to the area from Pittsfield, Massachusetts, the History of Columbia County, New York (1878) states that the Pomeroys had previously been running the Livingston furnace in Ancram. They were drawn to the area and opened their own furnace due the “large bed of fine ore and the excellent water-power” they found, and by 1846, the facility had produced its first blast. In the early years of production, the iron works used both a forge and a furnace to turn cast-iron into wrought-iron, which would go on to be used in the manufacturing of axles and gun-barrels, but the process was discontinued in 1854. After that, the main focus was the production of a less refined substance known as pig iron.

Copake Iron Works transferred ownership throughout its time in operation, and in 1849, the History states the first succession took place after the death of Lemuel Pomeroy. Several of his sons stepped in to run the facility, and joining them was Isaac Chesbrough, a civil engineer who had married one of Pomeroy’s daughters. Having been one of the managers and an original stakeholder in Copake Iron Works allowed Chesbrough the opportunity to build a house near the work site. As one of the few buildings still standing on the site, it has been researched and preserved as part of an attempt to maintain the history of the iron works. Part of this research has been done by Frederick Sutherland as he completed an archaeological overview of the site and its surviving features in comparison with what had been recorded on maps and in writings, which he reported in his thesis, From Forest, To Company Town, and Back Again: Historical Archaeology at the Copake Iron Works. Of the buildings still standing, the Chesbrough House has been dated as early as 1850 and is said to be one of the few structures to have been at Copake Iron Works throughout its entire duration of activity. The original style is Greek Revival, and it is believed that it has had several additions over the years.

The Chesbrough House stayed in the family despite the iron works being sold first to John Beckley in 1861 and then Frederick Miles a year later. A report on the state of the site entitled The Copake Iron Works at Taconic State Park (2000) states that it was after the death of Chesbrough’s daughter, Fanny Pomeroy Chesbrough Peck, in 1928 that the estate was sold. This included not only the house but 4.39 acres, which was bought by the Taconic State Park for $3,000.

As of 2019, the Chesbrough House stood as part of the Copake Iron Works Historic District, which is run by the Friends of Taconic State Park. Along with the house, the Friends’ website lists the historic district as containing the blast furnace, three workers’ houses, a flooded ore pit, and buildings such as the former company office and powder shed. Since the Friends were established in 2008, their website states that their goal is to “restore the Copake Iron Works to the condition of its operating heyday in the 1880s.” By doing this, they hope to “create a pre-eminent site of historic iron-making and a national destination for tourists.” 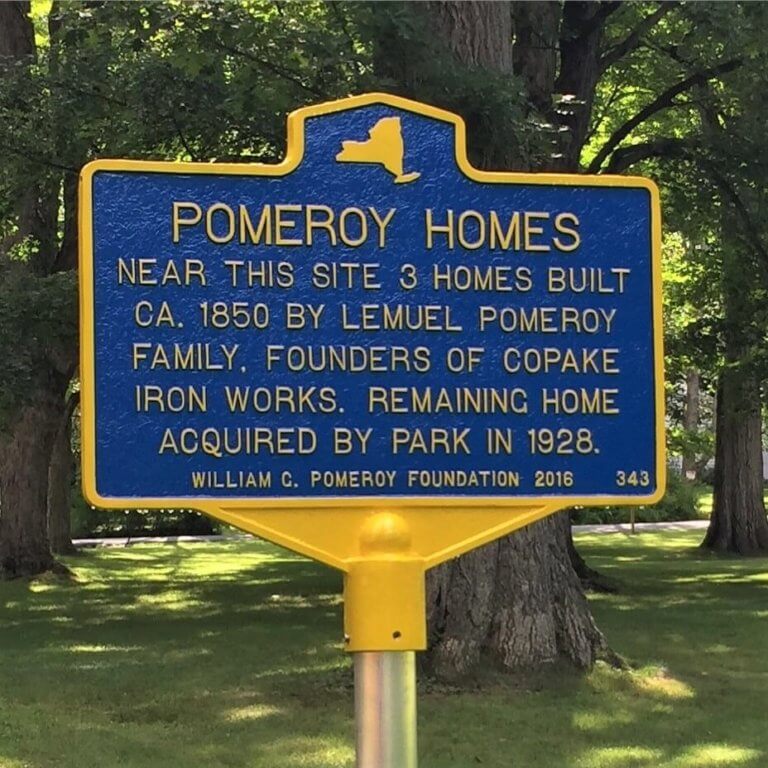 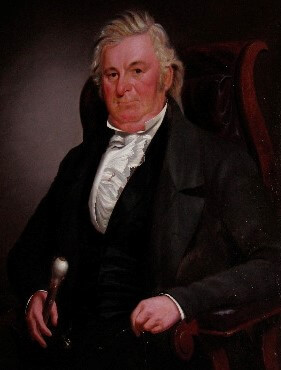