On December 4, 1826 the Genesee County Board of Supervisors met for the purpose of establishing a County Poorhouse. A brick building, originally a stagecoach tavern, located near the corner of the Bethany Center Road and Raymond Road was the site selected, as it represented the geographical center of the county. (Wyoming County wasn’t established until 1841). An announcement appeared in the Dec. 9, 1826 issue of the Batavia Time: “Notice is hereby given that the Genesee County Poorhouse will be ready for the reception of paupers on the first day of January 1827…The Overseers of the Poor of the several towns of the County of Genesee are requested, in all cased of removal of paupers to the county poorhouse, to send with them their clothing, beds, bedding and such other articles belonging to the paupers as may be necessary and useful to them.”

The following were eligible for assistance: Habitual drunkards, lunatics (one who by disease, grief or accident lost the use of reason or from old age, sickness or weakness was so weak of mind as to be incapable of governing or managing their affairs), paupers (a person with no means of income), state paupers (one who is blind, lame, old or disabled with no income source) or a vagrant. The Genesee County Poor Farm aka The County Home, was a self-sufficient working farm and woods, spanning over 200 acres. Residents were referred to as inmates and those physically able-bodied would work the farm. 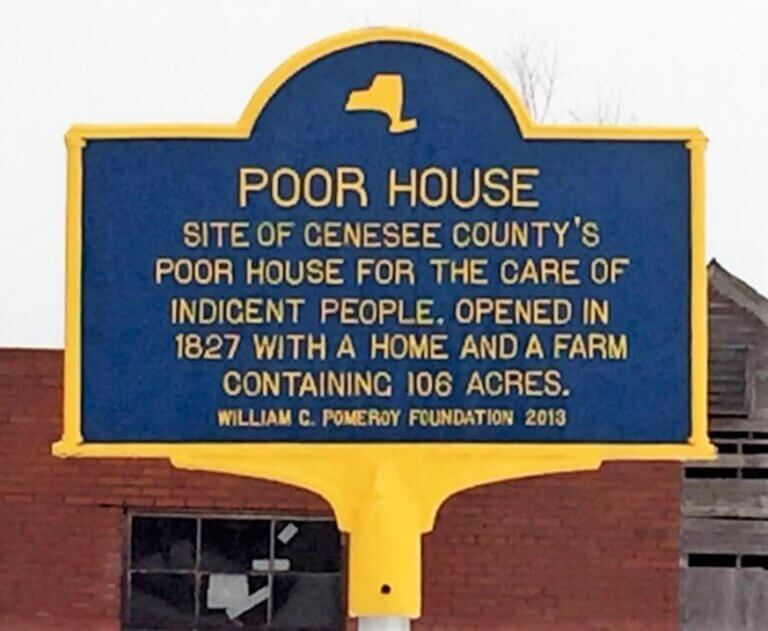 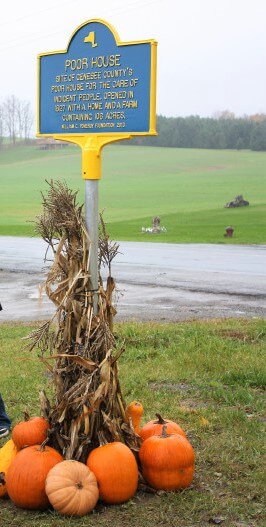