On October 1, 1851, the famous Jerry Rescue occurred in Syracuse. A fugitive slave, William “Jerry” Henry, had been arrested by federal authorities under terms of the Fugitive Slave Law. Syracuse abolitionists organized a jailbreak. Henry was freed and spirited away to freedom in Canada. U.S. authorities proceeded to prosecute several local men in response to this willful violation of federal law. Abolitionists, wishing to continue a protest of the Fugitive Law and to support those indicted, decided to stage a Jerry Rescue Celebration on its first anniversary, October 1, 1852. Several local city officials were greatly upset with this planned celebration and the plan to hold the celebration at City Hall was voted down. Syracuse & Utica Railroad president John Wilkinson then stepped forward and offered the use of his new roundhouse. The day-long event was staged there with approximately 5,000 in attendance. Speakers included famous anti-slavery leaders of the day such as William Lloyd Garrison, Lucretia Mott and Frederick Douglass. 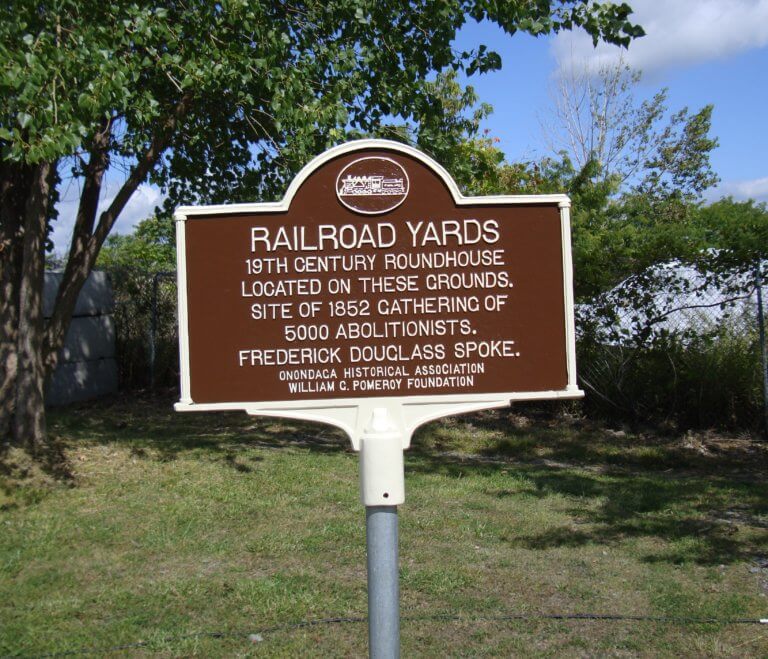