Located only a few hours from the bustling metropolis of New York City, is the small community Catskill, NY.  During the 1880s, Catskill was a lively community and attracted visitors who wanted to enjoy the beauty of nature. In 1882, this railway bridge was constructed for the Catskill Mountain Railway. The first of three crossings of the Catskill Creek, the bridge was crucial for transporting passengers to summer resorts located in the Catskill Mountains. Two bridges still stand today, one now serves as a walking path and the other continues to be used for train travel.

The Board of Directors of the Catskill Mountain Railway first made a resolution authorizing a contract to construct iron bridges for the Catskill Mountain Railway (CMRY) in February, 1881. (Minutes of Board of Directors, 1881) However, Minutes from the CMRY Executive Committee in 1882 show a resolution dealing with the non-completion of iron rail bridges in May of that year, and in July they made a new resolution authorizing the payment of bills to complete three iron bridges. (Minutes of Executive Committee, 1882)

The railway began at “Boompies Hook”, also called Catskill Point, on the docks of the Hudson River at the mouth of Catskill Creek. The route then followed the creek before crossing it at the first iron bridge. It then passed under the West Shore Railroad line, which ran from north to south, before crossing the Catskill Creek twice more on the other two bridges which were constructed. (Detail from Map 26, 1891) From the Creek the trestle of the West Shore Railroad was visible behind the first CMRY Bridge. (Postcard, 1910)

The railway was essentially seasonal, with most lines closing during the winter months as it was during the summer that the railroad was made profitable by an influx of tourists. (Columbia Republican, 1891) In its heyday, during the late 19th century, thousands of tourists, especially from New York City, would visit the Catskills to enjoy its scenery and mountain air, and the Catskill Mountain Railway was one of the primary ways of accessing the region. (Brooklyn Daily Eagle, 1891)

The CMRY Bridge may have been the site of a highway robbery in 1893. The Columbia Republican reported on May 25 of that year that a life insurance agent walking across the CMRY Bridge near the West Shore Depot was struck unconscious by two men and was later found with his pockets pilfered and a severe bruise to the head. As noted above, the bridge crosses the creek near where the Catskill Mountain railroad passes under the West Shore line, and maps show several railroad stations around that spot. (Detail from Map 26, 1891)

After a series of foreclosure sales and legal wrangling from 1916-1917, the Catskill Mountain Railway was sold to the president of the Hudson River Day Line who then resold it the next year to an M.K. Frank of Pittsburgh, Pennsylvania. Frank quickly began junking the railroad and selling its equipment and materials for scrap. The Times-Union of Albany noted: “…what was several years ago the pride of this section will remain simply as an item of local history.” (Times-Union, 1918) 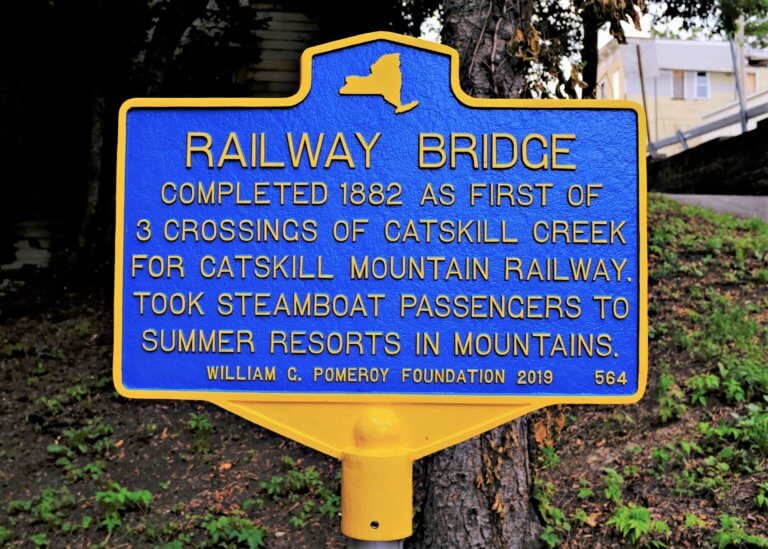 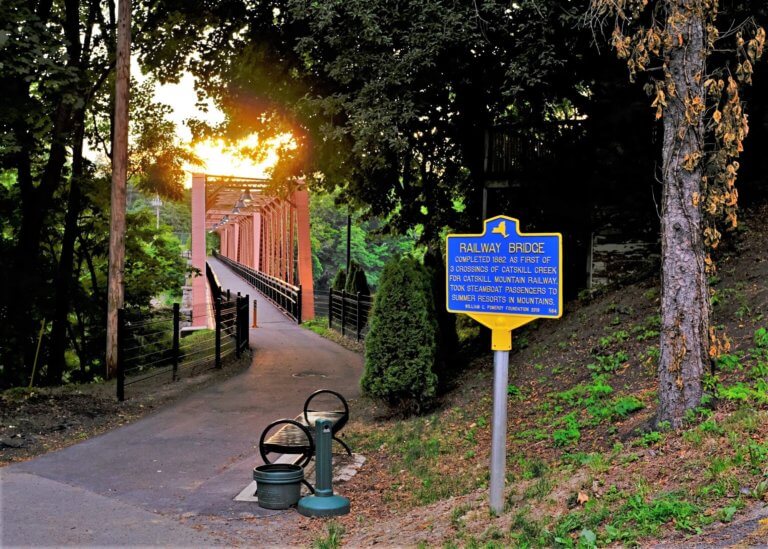 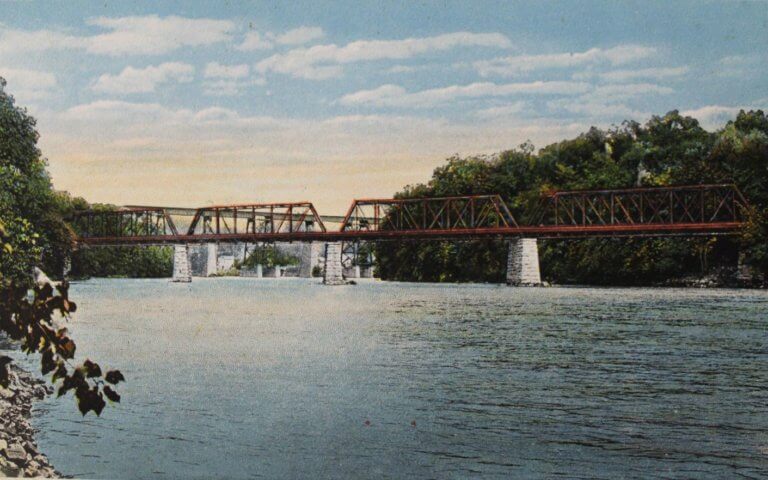 Postcard published by C. Hughes c. 1910 showing bridge near end of its use. Note West Shore trestle behind it. 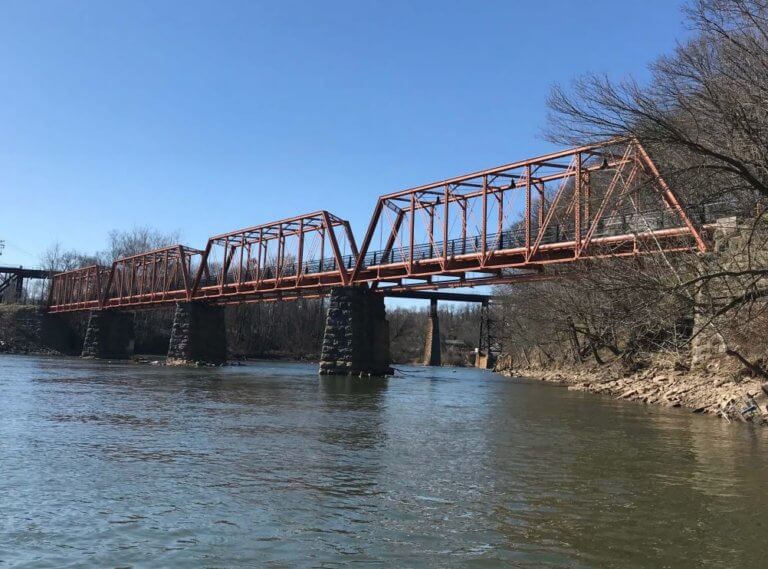 Catskill Mountain Railway Bridge from Catskill Creek after restoration in 2017. By J. Palmer.