The Reformed Dutch Church of Hyde Park was established in 1789 as the Stoutenburgh Religious Society. This church has one of the oldest continuous congregations in Hyde Park, New York. The church was placed on the National Register of Historic Places in 1993.

According to the National Register nomination, the history of the Reformed Dutch Church, Parsonage and Lecture Hall began in 1789 with the organization of the Stoutsburg Religious Society, who intended a union church that would serve the religious needs of the various denominations in the community. In his will, Luke Stoutenburgh (1736-1789), a member of one of Hyde Park’s older families, left a one-half-acre parcel on the corner of the main intersection of what was then known as Stoutenburgh’s Landing (present-day Hyde Park) to the Society. Early church meeting minutes record the April 14, 1789 conveyance of the property for the church from Stoutenburgh’s will. Church history files also note that the church was called Stoutenburgh (Stoutsburgh, old spelling) Religious Society at this time, but the name was changed to Reformed Dutch Church of Hyde Park in 1817. Money was raised and a small building was erected near the location of the present lecture hall. The building proved to be too small and by 1825 plans for a larger church were underway.

The National Register continues that the religious affiliation of the Stoutenburghs prevailed, and in 1826, the present Reformed Dutch Church was established on the north side of the cemetery. The building has been in continuous use as a church since its initial construction. The parsonage plot was purchased in 1833 and a two-story residence, for use by the pastor, was built. In 1835, the church was expanded eastward by seventeen-feet due to the growth of the congregation. The paneled mahogany alter, a gift from a church in New York City, was installed at this time and side galleries were built. The lecture hall dates from ca. 1858, when it appears in church records as being used for Sunday school and general meetings.

The 1876 Dutchess County Map of Staatsburgh, Rhinecliff, Hyde Park, NY shows the church lot with the “Ref. Church,” and supplemental Parsonage and Lecture Room buildings. Nestled between private residences on west and east, the lot is bordered by Albany St. to the north, and cross-hatched section marked “ROCKS” to the south.

The National register nomination concludes the Reformed Dutch Church and Parsonage are both highly intact examples of wood frame Federal-style buildings constructed during Hyde Park’s post-Revolutionary period. The buildings retain a high degree of integrity and provide a valuable record of the development of both architectural styles and building technology during the mid-nineteenth century in the Town of Hyde Park.  They are also a distinctive historical and architectural resource.

As of 2019, the church remained an active congregation located at 4408 Albany Post Road, Hyde Park, NY. 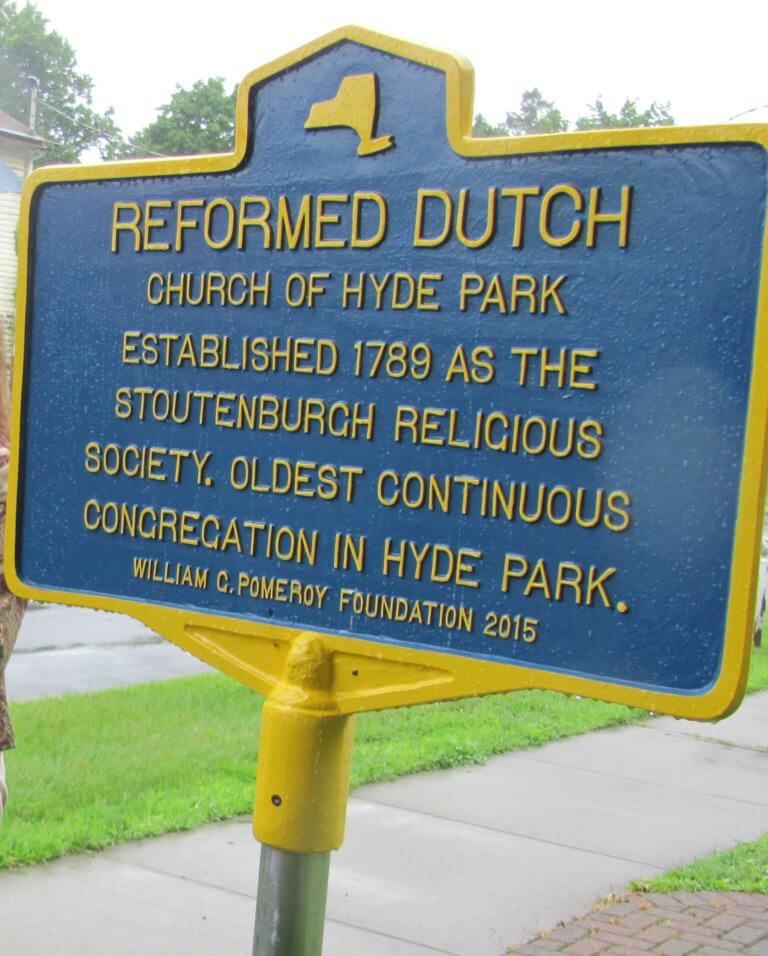 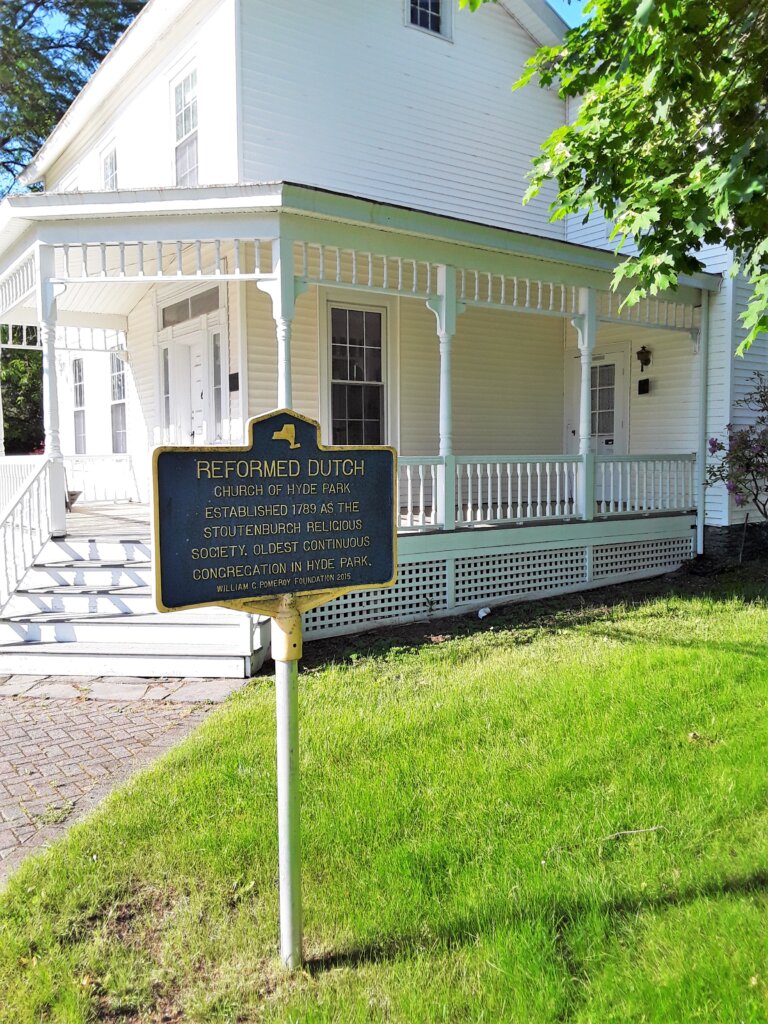 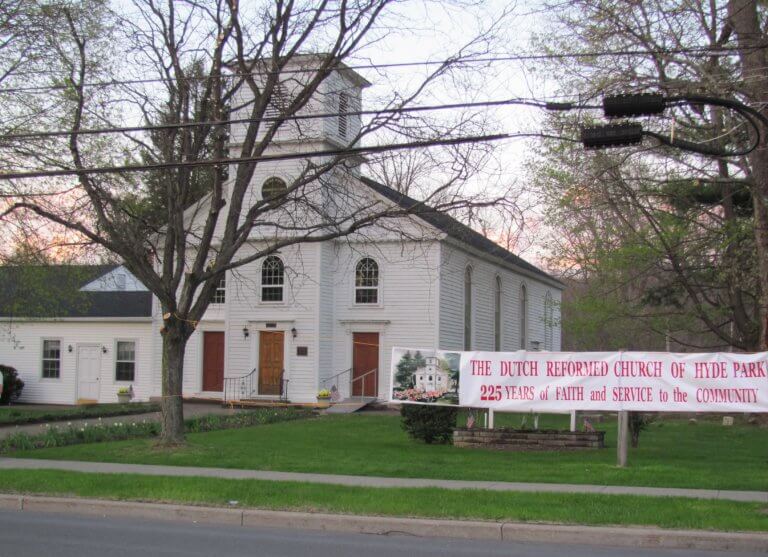