Rhoda Beebe, her brother Amos Todd, and her husband Joseph Beebe traveled from New Haven, Connecticut, and set up a temporary shelter on the banks of the Tioughnioga River in what would become the Town of Homer in Central New York. Rhoda was left alone in nothing more than a pole lean-to/cabin with a blanket for a door while her husband and brother spent three days rounding up strayed horses. She was said to have endured the long and lonely hours and was able to keep “a tranquil mind and received no annoyance, save such as was caused by the howling wolf and screaming panther”.

The following winter, the men returned to Windsor, NY, to collect what they had left behind. They were delayed by snow for six weeks. Again, Rhoda was left alone in the makeshift shelter and had to maintain her sanity as she awaited their return. When her food ran out, she resolved to leave and follow the river, being reduced to eating roots and the bark of trees while her husband was away. 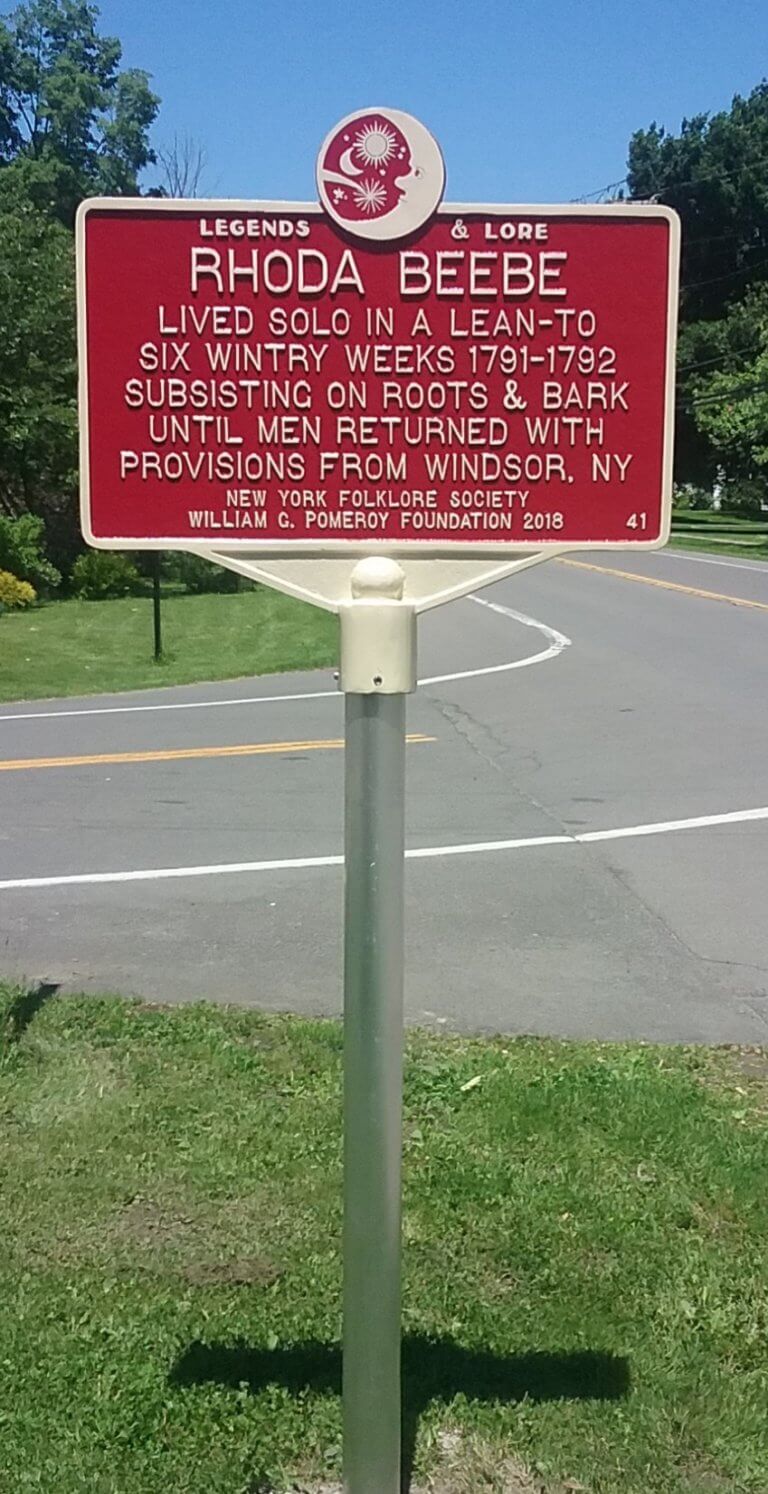 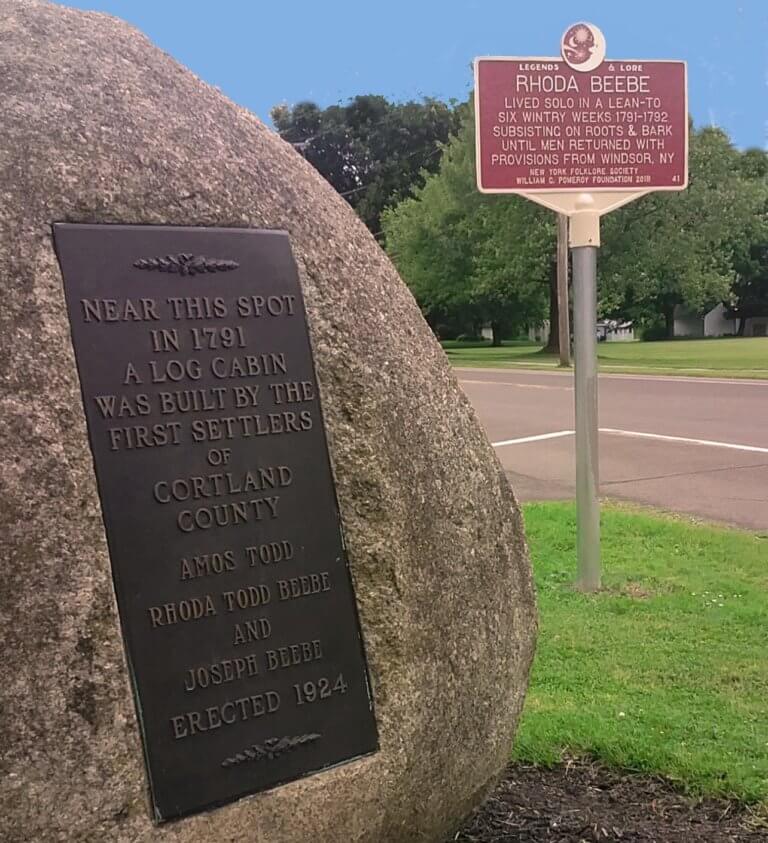