Located a short distance from Oswego, NY lies one of the area’s oldest cemeteries known as the Rural Cemetery. Cemetery records reveal its first burial occurred September 9, 1820 with the internment of Abram Clark (Rural Cemetery Record, Town of Oswego, NY). Since its establishment, two Medal of Honor recipients were laid to rest here.

Oswego native Dr. Mary Edwards Walker (1832-1919) was the first female recipient of the Medal of Honor. She graduated from Syracuse Medical College in 1853 and was the second woman in the United States to become a medical doctor (Syracuse Medical College Certificate, The Legacy Center Archives, 1855 & Only Women Medal of Honor, Rudi Williams, 1999). Dr. Walker volunteered to serve as a nurse during the Civil War since the Army did not hire female doctors (Only Women Medal of Honor). In 1862, the Army Medical Corps appointed her as an assistant surgeon with the 52nd Ohio Infantry. She was captured by the Confederacy in April 1864 and remained imprisoned for five months until August (Town of Oswego website, 2017)). After the war, Dr. Walker was awarded the Medal of Honor in January 1866 by President Andrew Johnson. Walker passed away on February 21, 1919 and was laid to rest in Oswego’s Rural Cemetery (Letter from the Oswego Town Rural Cemetery, Oswego Town Historical Society 22 Jan 2014).

Long Island native James H. Lee is the second Medal of Honor recipient buried here. Lee’s family relocated to Buffalo, NY, shortly after his birth around 1840. During his early years, he went on a three year cruise in the Pacific Ocean (The New York Times, 13 Aug 1877). Upon his return, he discovered that the Civil War had begun. Lee then enlisted in the United States Navy and served aboard the USS Kearsarge. The USS Kearsarge was commissioned in January 1862 at Portsmouth, New Hampshire (National Museum of the US Navy Website, 2017). It was deployed to European waters during the Civil War. On June 19, 1864, the Battle of Cherbourg took place off the French coast. The crew of USS Kearsarge sank the CSS Alabama, which ended “the career of the South’s most famous commerce raider” (National Museum of the US Navy website, 2017). Following this battle, the President requested that Captain John A. Winslow, “designate by name any who during the action were conspicuous for bravery, coolness, and good conduct, that they might be especially thanked, Capt. Winslow named certain officers, and James H. Lee and two other sea men” (The New York Times).  For his action, he was awarded the Medal of Honor. Lee died in 1877 and was buried in Oswego’s Rural Cemetery (Letter from the Oswego Town Rural Cemetery). 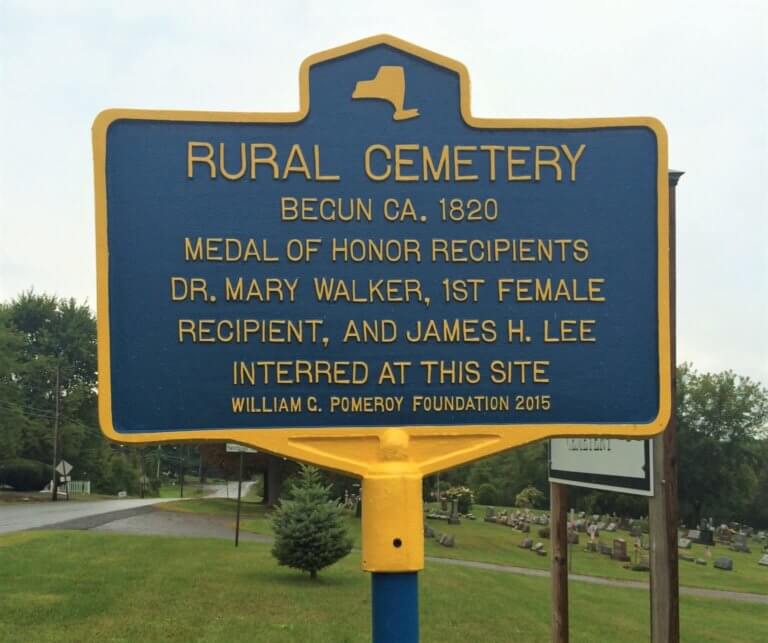 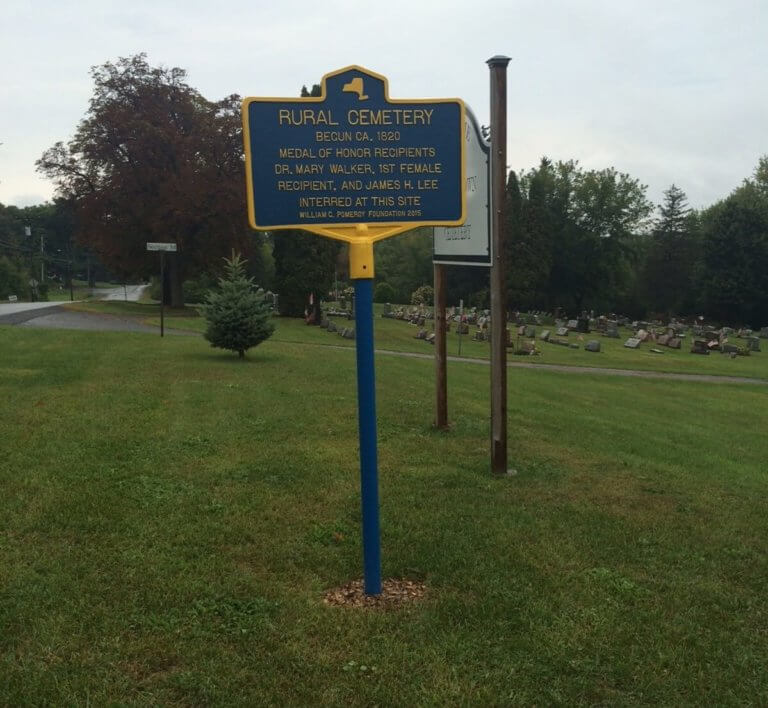