Famous sculptor Sarah “Sally” J. Farnham, originally known as Sarah James, was born in Ogdensburg, New York in 1869. Farnham spent her early years in Ogdensburg and frequently traveled between her hometown and New York City. It wasn’t until later in life, after she was married and had children, that she displayed a natural ability and aptitude for sculpting. Largely self-taught, Farnham achieved national fame and notoriety for her talents in sculpture. During her lifetime she produced numerous works, including public war memorials and monuments, many of which can still be seen today.  Among her more famous works is the statue of Venezuelan General Simon Bolivar, located in New York City’s Central Park, and the Soldiers and Sailors Memorial, located in her hometown of Ogdensburg. 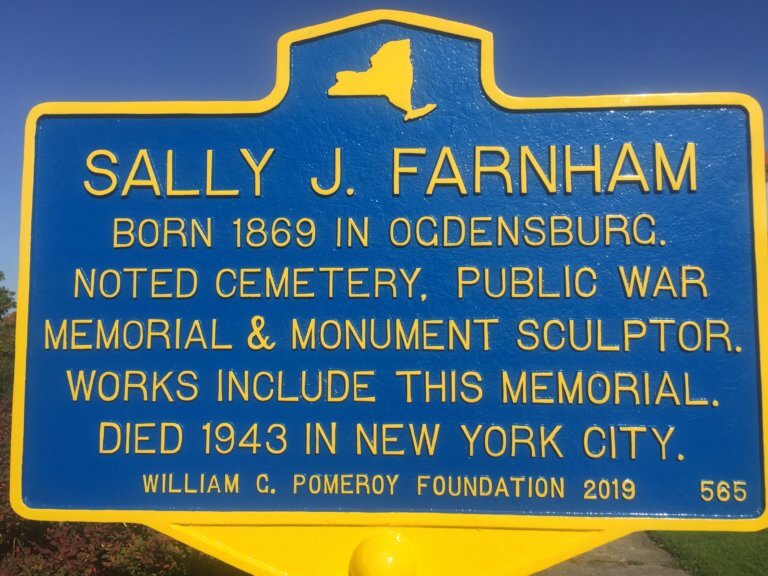 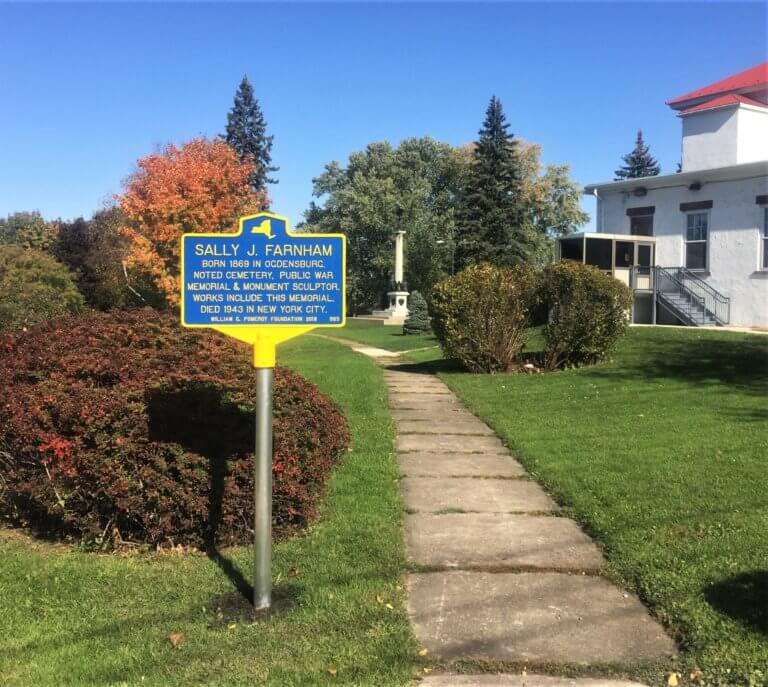