A library has existed to serve Sandusky’s citizens since 1826. Beginning with the Portland Library and growing through the years, Sandusky’s library found its ultimate caretakers in a group of local women who started a fund to build a new library. Built with the aid of a $50,000 grant from Andrew Carnegie, Sandusky’s Carnegie Library was dedicated on July 3, 1901. Designed by New York architects D’Oench and Yost in the Richardsonian Romanesque style, the library was built of locally quarried limestone. The building was listed on the National Register of Historic Places in 1975. In 2004 a renovated library was dedicated, which incorporated the former Erie County Jail building and almost tripled the facility’s size.

The Erie County Jail was built in 1882-1883 in the Gothic style. Constructed of blue limestone, the $45,750 facility featured 26 cells, the sheriff’s residence, and boasted then modern innovations including chrome steel bars and safety mechanisms. A number of city and county jails existed in the city during Sandusky’s early years; however, this building stood the test of time and was used until replaced by a modern facility in 1990. Sheriffs and their families lived in the residence until 1972, when it was converted to office space. The Erie County Jail was listed on the National Register of Historic Places in 1982. In 2004 the building was incorporated into the newly renovated and expanded Sandusky Library. 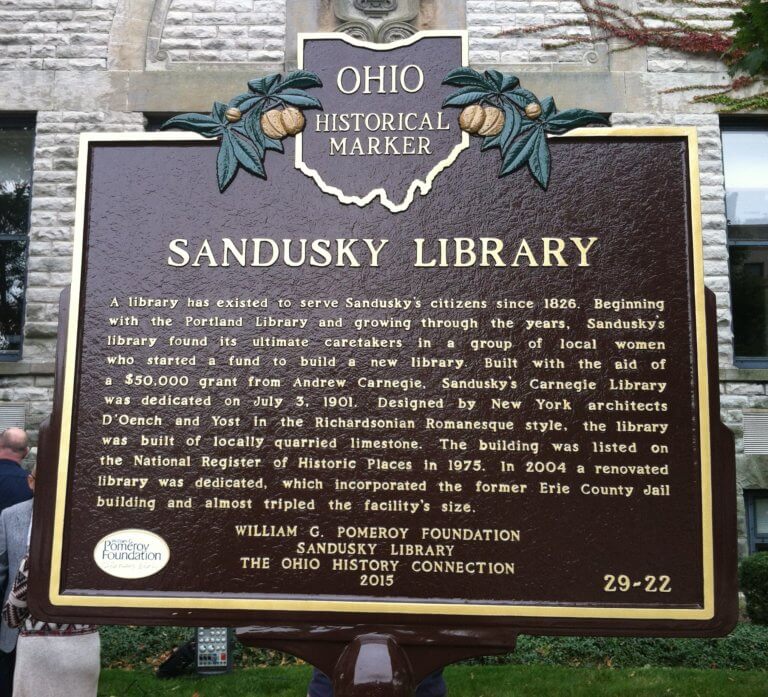 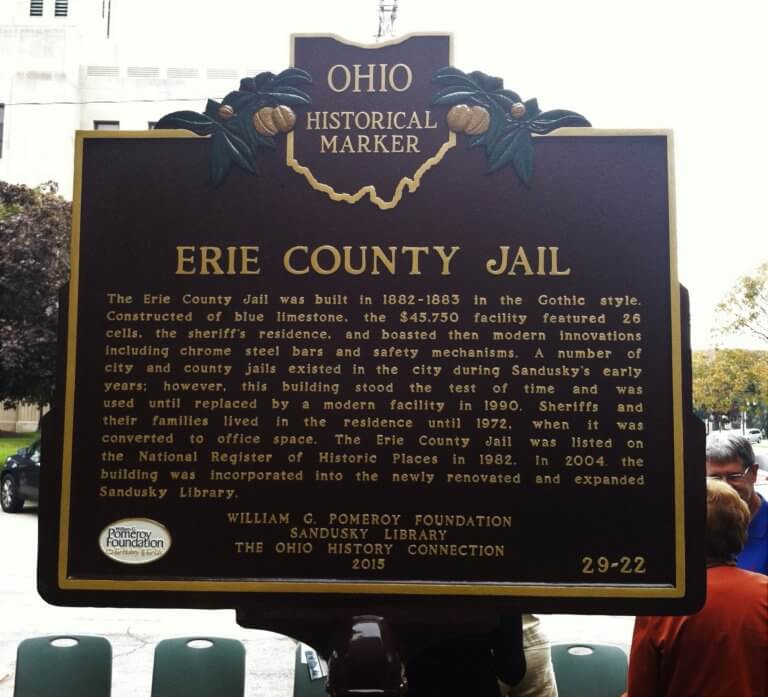