During the 1800s, Taylor, New York supported ten school districts scattered throughout its township. One such school was District No. 2, also known as the Wood District.

The earliest record of District No. 2 school is found on a map of Taylor dating from 1855. The school house is marked and labeled on lot 89 as, “S. H., Dist. No. 2.” The school house property was originally leased to the Trustees of School District No. 2 in a deed dated October 17, 1855. In this deed, William Seebe, the property owner, leased the land for a school to Joshua Bentley, Orlando Cotton and Jonas Bennett, the three trustees. As lot 89 changed ownership all the deeds read similarly about “reserving one eighth an acre of land now used and occupied as a school house” (Deed, Cortland County, NY Clerk’s Office, 6 Mar 1860). On December 22, 1892, the school house property was sold to the trustee of District No. 2, D. H. Elwood from the current lot owner. According to Town Records of Teachers at Taylor’s One Room Schools, most teachers only taught at this school house for a year or two before moving on. A 1922 photograph of Wood District documents only nine students at the time.

The school house remained operational until its closure in 1943. As of 2020, the original school house was still standing on Cheningo Solon Pond Road. 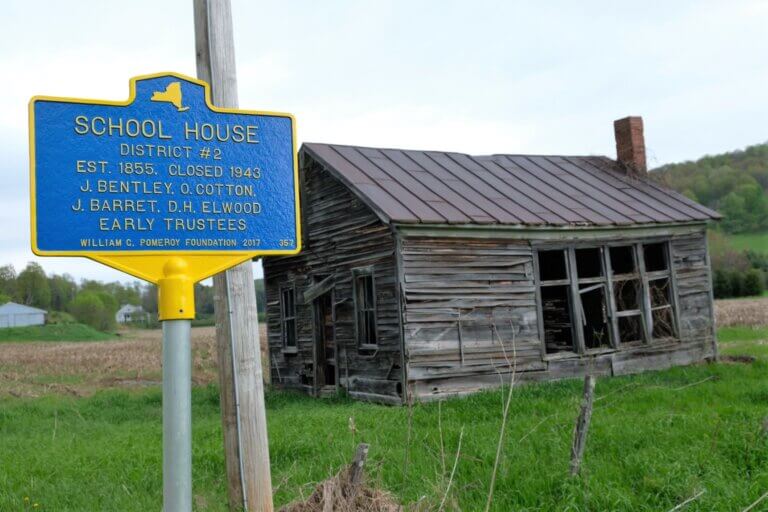