The Schule Bell is an 80 pound bell made of bronze which served the Town of Theresa as its school bell for nearly 70 years. What makes this particular school bell interesting is not what it is, but how it ended up in this small New York town near the Canadian border.

One account is shared in Harold I. Sanderson’s book, Whispers From the Past. The story begins as the Civil War is near its end. A unit of Union soldiers came upon a partially submerged Confederate locomotive in a river just south of Richmond in Petersburg, Virginia. At least one soldier had roots in Theresa and was aware of his hometown’s need for a school bell to place in their newly constructed schoolhouse. The bell mounted atop the locomotive looked like it would fit the bill perfectly.

Under the cover of night, three soldiers managed to successfully remove the bell from the locomotive, however dislodging the bell was just the beginning. The next question was: how to transport a piece of Confederate property over 600 miles north without raising suspicion? The answer was reportedly provided by one of the trio who worked as a mortician’s assistant in his former life. The men removed the bell’s clapper and loaded both pieces into a wooden coffin. A 4 foot long log was added to ensure the coffin’s weight added up to around 140 lbs, giving the impression a real dead body was inside. On the exterior “Schule Bell” was cleverly written across the front to indicate the occupant’s name. In fact, “schule” is a German word which translates to the English word, “school”.

The soldiers quickly sent letters home so that loved ones would be aware of this “terrible tragedy” and that “remains” would be arriving soon. The coffin containing the bell was loaded on to a train on April 7, 1865, destined for Philadelphia, since Theresa did not have rail service yet. Upon its arrival, a “somber” party from Theresa was waiting. As the coffin was removed from the rail car and placed onto their wagon cart, the Theresa natives dutifully mourned in front of the honor guards and other military present. Once safely out of sight, all pretenses were dropped and the coffin was pried open for all to see their brand new school bell.

The definitive names of the Union soldiers who initiated this caper are lost to history, however they are believed to include Otis Brooks and August Kissell. 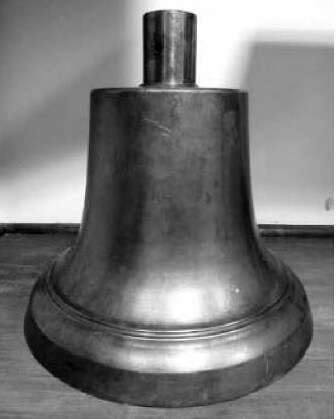 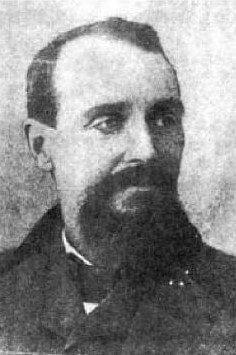 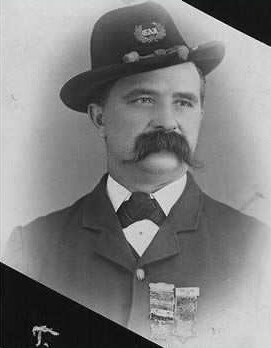