During the second half of the 19th century, many railroads were built to connect rural areas with large cities to generate growth. One such example occurred during the 1870s, when the Syracuse and Chenango Valley Railroad connected rural Madison County to the then-booming industrial City of Syracuse.

At its peak, the Syracuse and Chenango Valley Railroad (S&CV RR) stretched several miles from Syracuse to Earlville. It passed through many towns and villages including Erieville, which, like many other stops, provided its own depot for passengers (Map of Madison County, NY, 1874). The railroad became officially operational on February 12, 1873. The Cazenovia Republican reported on February 20, 1873 that the railroad was well built and in good condition for passenger and freight services. It continued with the forecast that within the next few years the railway would extend all the way to New York City.

After decades of rail service, in 1937 the Interstate Commerce Commission (ICC) gave the railroad permission to abandon the railway from Cazenovia to Earlville, which included Erieville. The ICC stated that the “condition of the line was poor, necessitating the laying of new ties and other work,” which the railroad company did not see as a decent investment due to the increase access of roads.

As of 2020, very little remained of the railroad’s existence in Erieville. 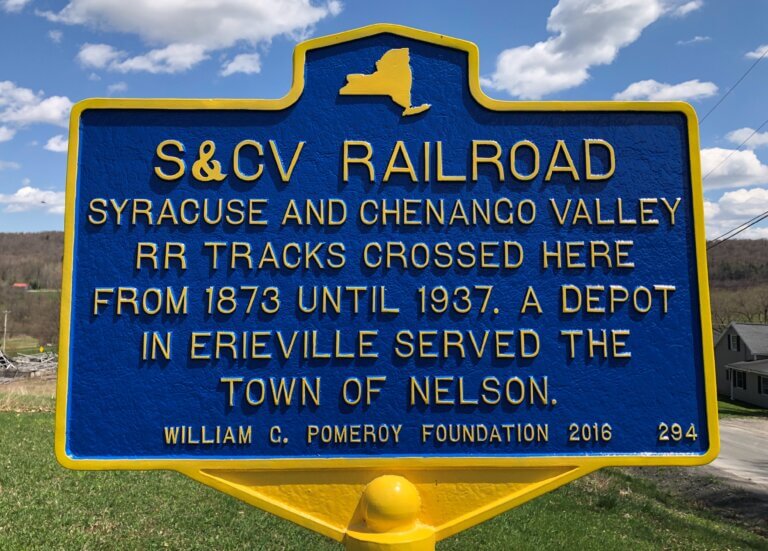 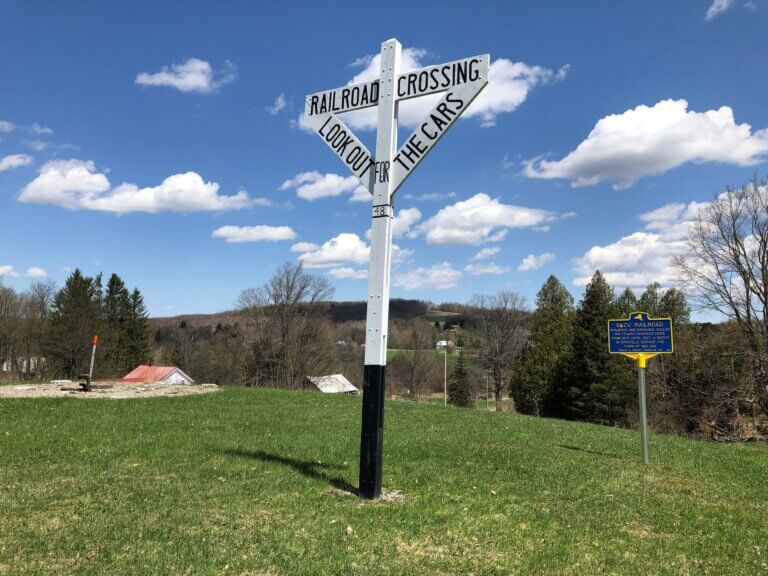